HP Stock and Earnings Drop; Whitman Looks to the Future 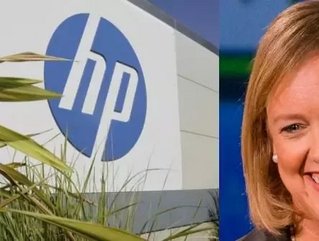 It’s not often that a company can put a positive spin on a 90.58 percent plunge in profit, but in the case of Hewlett-Packard, things could be worse.

The company reported Monday that its fourth fiscal quarter revenue dropped to $32.3 billion, yielding EPS of $1.17, which is actually ahead of the analyst average of $32.05 billion and $1.13 per share.

Although it beat the odds, in all, 2011 has been a tough year for Hewlett-Packard.

Meg Whitman took over as chief executive in September, after HP abruptly dropped Leo Apotheker, whose 10-month stint led to the $10 million dollar purchase of British software company Autonomy and a 45 percent drop in stock.

Meg Whitman to Join Zaarly Board of Directors

After delivering the news, Whitman expressed a positive outlook on Hewlett Packard’s future.

During a conference call with analysts, Whitman added, “we didn’t live up to our expectations in 2011. We need to get back to doing what we do really well, being the reliable, trusted partner with whom our customers want to work, and delivering the reliable, consistent results that all of you can count on.”