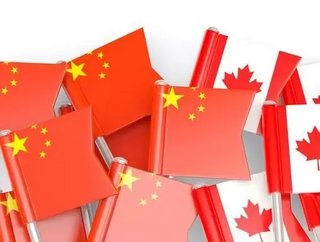 Canadian businesses may be seriously underestimating the importance of renminbi (RMB) payments in improving their relationships with business partners in China, according to a new survey from HSBC Commercial Banking. In fact, Canadian businesses are the second least likely - after South Korea - to see a business or relationship advantage in using RMB (22 percent and 29 percent respectively vs. global average of 40 percent and 44 percent respectively).

While the number of Canadian businesses using the RMB has increased substantially in the last year to seven percent from three percent in 2015, they are still well below the global average of 24 percent. Globally, businesses are finding the RMB much easier to use, according to the 2016 survey. As Chinese financial regulations evolve, and as businesses become more accustomed to using China’s currency, respondents said they’re having less difficulty understanding regulations, navigating documentary requirements and moving funds than they did in the past.

“Using RMB is easier than ever before, helps mitigate foreign exchange risk and can improve relationships or attract new buyers to a company’s products. And clearly businesses in other markets are adjusting,” said Linda Seymour, Executive Vice President and Head of Commercial Banking, HSBC Bank Canada. “If you are not at least looking at whether RMB is right for your company, you may be putting yourself at a competitive disadvantage over the long term.”

Globally, the survey shows that companies, including those in Canada, are unprepared for the ‘Belt and Road’ initiative; the name given to a series of Chinese policy developments and infrastructure projects designed to boost cross-border commerce and capital flows. In fact, only two in five companies globally are aware of the initiatives although, European and North American firms may be edging ahead of their Asian peers in preparing to capitalise on this program.

First laid out by Chinese President Xi Jinping in 2013, the ‘Belt and Road’ blueprint aims to develop two corridors linking China to the world. The ‘Belt’ refers to the historic overland Silk Road trading routes connecting China via central Asia to Europe and the Middle East. The ‘Road’ refers to the maritime equivalents to the south, linking China, Southeast Asia, India and Africa.

In the poll of 1,600 decision-makers across 14 countries, 24 percent said their firm is using RMB. Yet when asked about ‘Belt and Road’ - the name given to a series of policy developments and infrastructure projects designed to spur USD2.5 trillion of cross-border commerce annually - just 41 percent said they understand the opportunities it presents. What’s more, only 7 percent of ‘aware’ businesses are working on a strategy.

“’Belt and Road’ projects are already presenting huge opportunities for companies that can help develop physical infrastructure such as highways, ports and telecommunications networks,” said Noel Quinn, Chief Executive of HSBC Commercial Banking. “But these are only the first steps. By boosting connectivity, ‘Belt and Road’ will catalyse trade between more than 65 countries that are home to nearly two thirds of the world’s population. For any company seeking growth and new customers, that’s an exciting proposition to explore.”

Adds Seymour: “Many of the themes driving growth in the Chinese economy play to Canada’s strengths – including the massive investment in infrastructure. China remains an engine of global growth and a must-be market for Canadian companies. And yet, few Canadian companies understand the scope of the ‘Belt and Road’ initiative and most of these still have not factored this into their corporate strategies.”

For its 2016 survey, HSBC polled business decision-makers in Australia, Canada, mainland China, France, Germany, Hong Kong, Malaysia, Mexico, Singapore, South Korea, Taiwan, the UAE, the UK and the US who represent companies that conduct international business with or from China.