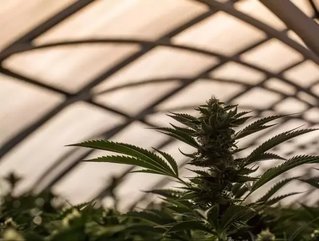 Hydropothecary, a leading Canadian marijuana Corporation, has acquired 78 acres of land adjacent to its existing facility in Gatineau, Quebec, that will be used to construct a new 1mn sq ft production greenhouse.

The new facility, expected to cost $80mn, will expand Hydropothecary’s Gatineau plant to a total 1.3mn sq ft, increasing its production capacity to a total 108,000kg of dried cannabis annually.

"Hydropothecary is boldly stepping forward to take the lead in the Canadian cannabis industry,” said Sebastian St. Louis, CEO and Co-Founder of the Hydropothecary Corporation. “With our expansion, we are moving into industrial agri-nomics, robotic technology, fully automated systems and the cannabis plant as a THC bioreactor.”

The work has been planned in anticipation of Quebec’s legalisation of Cannabis, with a number of firms including Aurora Cannabis and CanniMed making similar moves within the industry.

According to a recent report from Ernst & Young, over one third of Canadian cannabis companies are upping their capacity in anticipation of an increased post-legalisation demand.

“Once legalization of the adult-use recreational market becomes a reality, Hydropothecary will be ready,” St. Louis continued.

The expansion work is expected to be completed for December 2018.