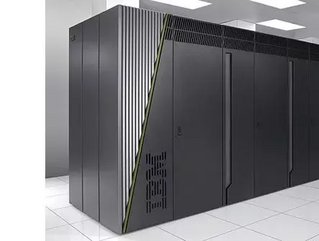 IBM announced today, in collaboration with the Government of Canada and Ontario as well as seven universities specifically led by the University of Toronto and Western University, its $210 million research and development initiative to be completed by December 2014.

"As we begin a new century of innovation for IBM, we're investing in this "industry-building" initiative to further advance Canada's competitiveness in the global digital economy, both now and in the future," said John Lutz, president, IBM Canada. "Together with our government, academic and industry partners, we will apply new, collaborative approaches to Canada's productivity and competitiveness challenges by more fully leveraging IBM's one hundred year legacy of research and development leadership here in Ontario."

Creating 145 new jobs in Ontario, IBM plans to invest up to $175 million to develop the new “IBM Canada Research and Development Centre.” The Government of Ontario is investing $15 million into the centre which is designated to serve as the foundation for research toward the development of future technological innovations in Ontario.

"Our Government has been building on the strengths found in our region to support the advancement of science and technology and help create value-added jobs ," said the Honourable Gary Goodyear, Minister of State for the Federal Economic Development Agency for Southern Ontario (FedDev Ontario). "We are proud to invest in supercomputing infrastructure that will position southern Ontario at the forefront of research and development in areas that are not only critically important to our communities, but also show great commercial promise."

The Government of Canada will contribute $20 million to allow seven southern Ontario universities, in partnership with IBM, to install two “high-performance IBM Blue Gene/Q supercomputers” that will help develop cloud computing as well as an agile computing platform for research and development initiatives.

“The university consortium will have access to a new Barrie-based IBM data centre once it is fully operational in the fall of 2012. Other Canadian researchers and small to medium-sized enterprises will also be invited to join the consortium,” said IBM in an official statement.  IBM expects this opportunity to be taken advantage of by additional partners once the project is fully operational.

The R&D focus held at the new centre will include subjects such as: