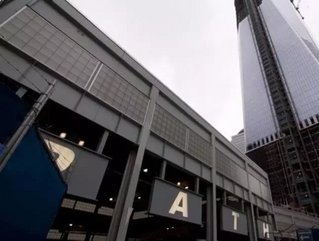 We all go over budget: It’s a very common thing in business. But how many of us go over budget by $1 billion dollars? $2 billion? $3 billion? How about $20 billion?

Well that’s what happened with three US-based construction projects, which together cost approximately $18.6 billion more than anticipated. With an initial plan to collectively spend $10 billion for the trio, we have to wonder how these builds got so out of control.

Moreover, who is paying for this?

We agree that rebuilding the transportation hub at the World Trade Center is a good idea—we need to put that tragedy behind us and move towards bigger and better things. But does “bigger” and “better” need to translate to “billions”? And did we mention the project has so far cost twice as much as anticipated ($2 billion planned, an additional $2 billion spent)—and isn’t complete?

To replace Stapleton International Airport, Mayor Federico Peña authorized a $60 million construction project in 1989. Denver International Airport was initially scheduled to open in 1993 with an increased budget of approximately $2 billion (how it went from $60 million to $2 billion in the first place is beyond us); however, completion of the project took another 2 years and $2 billion, costing a total of $4.8 billion when it finally opened its doors in 1995.

Related: [Infographic] Top 10 Most Expensive and Beautiful Homes in the World

Even more shocking is the expense of Boston’s “Big Dig,” otherwise known as the Central Artery / Tunnel Project, which broke ground on construction in 1991 and was scheduled to be completed in 1998 for just under $3 billion. Fast forward to its actual completion in 2007 and note the final price tag on the project: $14.6 billion, or $13.4 billion over budget. The Boston Globe estimates that the Big Dig will cost closer to $22 billion when including interest, and that it won’t be paid off until 2038. Hope you’re enjoying the new commute, Bostonians!

Check out the infographic below, courtesy of Statista and Forbes, to see other major projects that went completely over budget. Of the 12 on this chart, at least only three are coming out of our pockets. 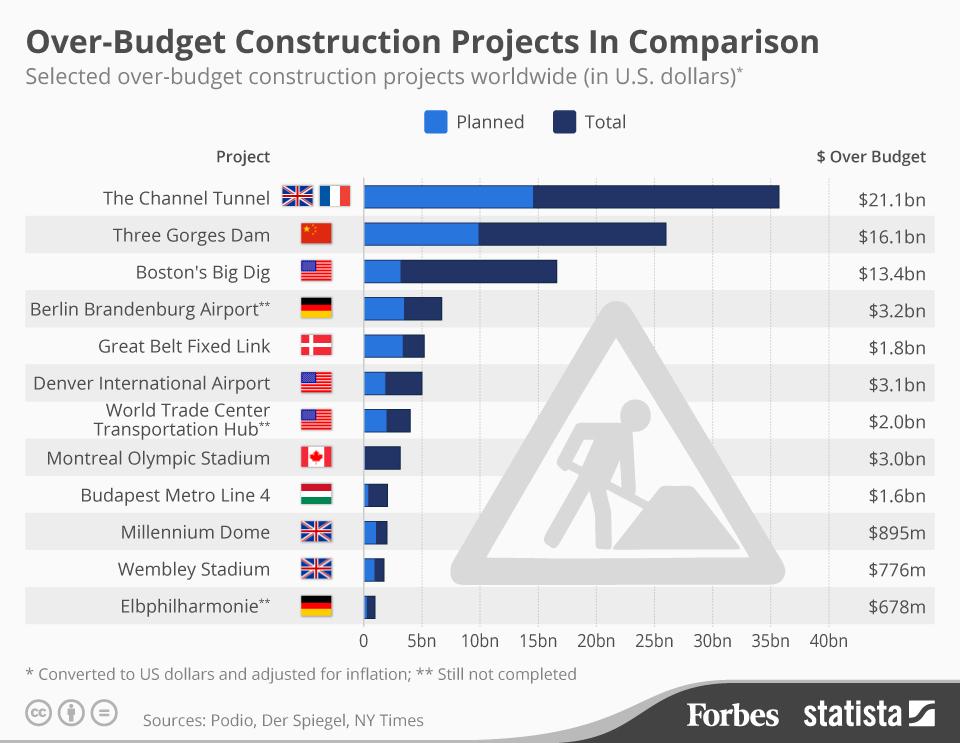