Investing: 3 silver stocks to watch for 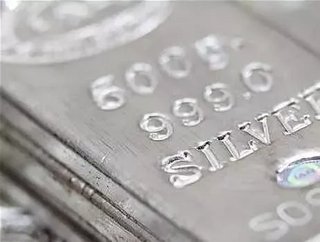 Gold may be the king of metals but this week silver is shining through. The yellow metal hit a five-year low on Monday, forcing investors to pull away and reconsider other precious metals. Prices for gold dropped all the way to $1,080.00 an ounce -- its lowest levels since February 2010 --- before rebounding to trade above $1,100.

While gold continues to crash and burn, we examine three stocks in silver that investors should watch out for.

Hecla Mining produced roughly 11 million ounces of the metal in 2014 and expects to produce around 10.5 million ounces in 2015, according to Mining Global.

• Related content: French venture capitalists look to the US for inspiration and innovation

Shares for the company have been on the rise and the short term target price has been estimated at $3.17. Many sources believe the target price for the stock could hit as high as $4.

According to the American Trade Journal, shares for Helca Mining rose 6.76 percent on Tuesday and made it ways into the gainers of the day.

Precious metals miner Coeur Mining is an intriguing choice for investors right now as the company’s stock rose 3.87 percent on Tuesday. After starting at $4.18 the stock hit $4.355 as a peak level and $4.16 as the lowest level, settling at $4.28.

First Majestic Silver is garnering a lot of attention lately as the stock received a short term price target of $6.44, including estimates going as high as $7. On Tuesday, stock for the company rose 4.35 percent, opening trading at $3.9 before hitting $4.01 as a peak level and $3.77 as the lowest level.