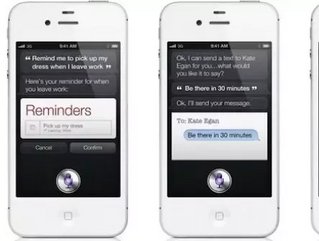 Despite the less shiny bells and whistles and the recent passing of Steve Jobs, Apple announced that preorders for the iPhone 4S reached one million in a single day, going far beyond the previous single-day record of 600,000 preorders for the iPhone 4. Bloggers and news sites believed that consumers wouldn’t cause a stir over the next-gen phone considering the exterior of the phone is identical. But maybe it was the passing of Jobs that encouraged smartphone users to open their wallets. The iPhone 4S will include a faster processor, better camera, universal carrier support and voice command program Siri.

The strong number of preorders suggests that Apple is still hovering over competitors in the market and Philip Schiller, SVP of world-wide product marketing for the company says they were blown away with the incredible customer response to the phone. The iPhone 4S was forecasted to have disappointing sales and now we’re all scratching our heads to figure out why the masses are flocking to this new device. With this preorder numbers, this may become the fastest-selling iPhone in Apple history.

With the new software and programs, I guess it’s what's inside that counts for Apple customers – not the outside.