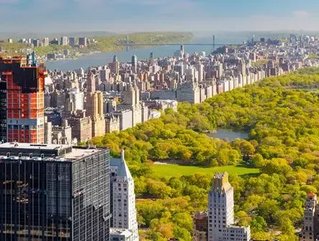 John A Paulson, President and Portfolio Manager of Paulson & Co, together with the Paulson Family Foundation donated $100 million to the Central Park Conservancy today in an effort to sustain the “fundamental role” of Central Park as the world’s most extraordinary public park.

"Central Park was created by two individuals — Olmsted and Vaux — in 1858. In 1980, a group of individuals banded together to restore it to its long-forgotten glory," said Doug Blonsky, President and CEO of the Central Park Conservancy. "Today, John joins these visionaries to sustain Central Park well into the future. This has always been a park designed for and sustained by the people - a celebration of the people's right to relax, reflect and celebrate. John shares that vision, and thanks to him Central Park's purpose will endure."

“It is a great privilege to be able to contribute to the Central Park Conservancy, one of the most important cultural institutions in New York,” said Mr. Paulson. “The Conservancy is responsible for transforming and sustaining Central Park as the celebration of culture, nature and democracy that it is today. It is my hope that today’s contribution will help it endure and flourish and inspire others to join me in ensuring that the Park continues to receive the support it needs to be this city’s greatest asset.”