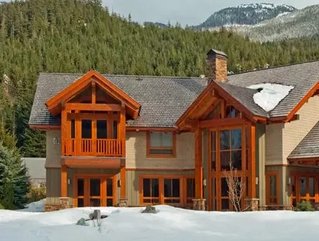 The Canadian Real Estate Association (CREA) announced today that Canadian resale housing activity was stable in comparison of month-to-month in July. Specifically, throughout the nation about half of local markets posted month-over-month gains from June to July.

Those markets that saw gains include Edmonton, Montreal, and Newfoundland and Labrador. Toronto real estate sales held steady while Vancouver’s had slight decline.

“The continued stability in national sales activity shows that homebuyers remain confident about the soundness of investing in a home,” said Gary Morse, CREA’s President. “Mortgage interest rates are low and keeping home affordability within reach, making it an excellent time for buyers to take advantage of very favourable financing. Prices and affordability evolve differently among local markets, so buyers and sellers should consult their local REALTOR® to better understand how the outlook for housing supply, demand, and prices is shaping up in their housing market.”

Because July 2010’s levels were the lowest since 2002, July 2011’s sales activity rose 12.3 per cent in year to year comparison. Keeping at national average, this July’s sales saw a total of 284,537 homes sold. This figure is just 1.6 per cent lower than January through June 2010’s levels and fit in the country’s ten year average.

Larger markets saw new a new listing increase in areas including Toronto, Vancouver, Edmonton and Ottawa, while most local markets saw a 60 per cent decline in new listings overall.

Additionally, according to the report, average home price for July 2011 was valued at $361,181, the lowest cost since January for this year. “Earlier this year, the national average price was being skewed upward by sales in some expensive Vancouver neighbourhoods, but this factor is now diminishing,” said Gregory Klump, CREA’s Chief Economist. “Upward skewing of the national average price is also shrinking due to overall sales trends in Vancouver, and most recently in Toronto. Their market shares as a percentage of provincial and national sales activity are declining from the elevated levels seen in the first half of the year.”