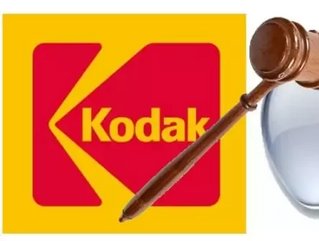 We reported back in March about the beginnings of Kodak’s patent war with Apple and Research in Motion for its trade disputes regarding claims that the photography company owns the rights to the image-preview feature found on many camera phones. The U.S. arbiter for trade disputes rejected Apple’s claims that Kodak violated its patents covering digital camera technology.

On Tuesday morning, Kodak's stock rose 2 percent to $2.57 following the U.S. International Trade Commission's ruling that was determined on late Monday. It affirmed a judge's May decision that Kodak's technology doesn't infringe on Apple Inc.'s patent rights and that one of the two patents in dispute is invalid.

The ruling comes weeks after the commission kept Kodak's case open against Apple and Research In Motion Ltd. A judge had ruled in January that the iPhone and the BlackBerry do not violate Kodak's patent. On appeal, the commission asked the judge to take another look. Kodak hopes to get up to $1 billion in royalties if it prevails.

Earlier this year, Laura Quatela, Chief Intellectual Property Officer, and Vice President, Eastman Kodak Company, said in a statement: “In the case of Apple and RIM, we’ve had discussions for years with both companies in an attempt to resolve this issue amicably, and we have not been able to reach a satisfactory agreement. In light of that, we are taking this action to ensure that we protect the interests of our shareholders and the existing licensees of our technology.”