Many of Canada&#039;s Billion Dollar Companies From Energy Sector 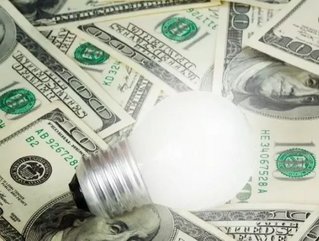 A new report from the Centre for Digital Entrepreneurship and Economic Performance (DEEP) claims that the list of Canada’s billion dollar companies is growing, and that the majority of recent entrants come from the energy industry.

DEEP’s report, titled “Canada’s Billion Dollar Firms: Contributions, Challenges and Opportunities” outlines the changes in the country’s top-tier companies from 2003 to 2012, comparing figures with those of five other strong economies.

“We found that on a per-capita basis we outperform Germany, the UK and the US in the creation of billion dollar companies,” Anthony Williams, DEEP co-founder and president recently told Canadian Business. “Sweden and Australia and Canada are pretty close; Sweden is maybe slightly ahead on a per-capita basis, that’s a very small country population-wise compared to Canada.”

The report featured firms such as Air Canada, Barrick Gold, Blackberry and Magna International.  Some of the newest entrants included Dollarama and Cineplex, Inc.

A considerable amount of the growth in domestic top-tier companies occurred within the energy and utilities area:  between 2003 and 2012, the industry grew 17 percent among billion dollar companies.  Manufacturing and financial services suffered the greatest losses during the same period, down six percent and four percent, respectively.

Overall, the report suggests that the past decade has been a good one for Canada, as the country gained 23 10-figure companies.  But Williams stated that its findings indicate a pressing need for the country’s economy to diversify, particularly in the life science and technology sectors.

“Canada has leveraged its strength and its natural endowments in natural resources to boost economic growth in this country and to create new billion-dollar enterprises but we lack diversity in the sources of growth across the country,” Williams said.  “If we want to diversify our growth in the future, and we want to see broad-based regional growth and not just growth concentrated in one province or one area of the country then we need to think about how we’re going to boost the success of other sectors and in particular think about life sciences, technology.”

In order to boost corporate growth in these areas, DEEP recommends closer collaboration between the private and public sectors.  It also suggests the development of industry-academic partnerships as well as the establishment of a nation-wide network of research and innovation centers.

Corporate Canada can surely celebrate a fruitful decade of company growth, but in order for that growth to continue, DEEP’s report shows that continued development and investment are essential.