Martha Stewart back on Company board 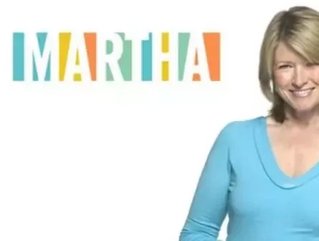 It looks like the leader of Camp Cupcake is back at it. Martha Steward is getting back on the board of directors of her Martha Stewart Living Omnimedia Company, despite her criminal past and shunning from the New York Stock Exchange. Stewart will rejoin the board in the third quarter, so stand back. CNN also says the company hired private equity firm Blackstone Group to “review and respond” to investors who have expressed an interest in partnering or investing in Martha Stewart Living Omnimedia, along with reviewing other opportunities.

And what do you know, shares of Martha’s stock jumped up 32 percent following the domestic diva’s announcement.

"I'm very excited by the prospect of rejoining the board and I look forward to working with Lisa [Gersh] as well as the entire board on all the compelling business of [Martha Stewart Living Omnimedia]," said Stewart in a press release. Gersh, is coming on board as president and chief operating officer on June 6 – she was also the former head of Oxygen Media.

"As the founder and largest stockholder, I fully support this initiative to take our business and iconic brand to the next level," Stewart said in a statement.

If you don’t remember, Stewart served five months in prison after she was convicted of lying to investigators about a 2001 sale of her Imclone shares – 40,000 shares to be exact. In 2006, the SEC banned her from being director or officer in a public company for five years.