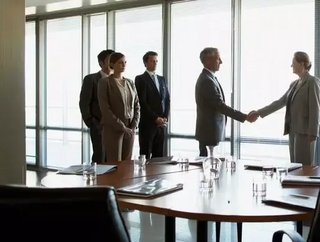 Q1 2021 has seen record merger and acquisition activity globally, according to a report by Mergermarket – fuelled in part by surge in SPACs...

Merger and acquisition activity in Q1 2021 hit a record high, according to the latest data and analysis from Mergermarket.

The leading provider of M&A data and intelligence released its Q121 report which showed transactions reached US$1.16 trillion. Large deal values but fewer deals also led to the highest average deal value since 2006 of US$518.7 million.

Cross-border deals hit a record US$516.6 billion in Q1 accounting for more than 45 per cent of total deal value.

Two US targets topped the cross-borders table, with AerCap Holding’s US$31bn bid for GE Capital Aviation Services and the proposed merger of Canadian Pacific Railway and Kansas City in a deal worth US$28.6bn.

Dominated by the US, North America reached its highest market share in 14 years netting 54.4 per cent of global deal value – up from 48 per cent in 4Q20. This is significant when you consider the Q220 figure for North America was just 21.5 per cent.

The US also accounted for more than two thirds of the US$200.9bn in global IPOs in 1Q21, according to sister product Dealogic. There were 398 IPOs in the US compared to 762 worldwide.

Global IPO activity in 1Q21 reached nearly two thirds of the value of all 2020 activity, largely thanks to Special Purpose Acquisition Companies (SPACs) playing a large part, particularly in the US.

M&A tied to SPACs has also been spiking, with 99 deals totalling US$219.5bn taking place globally in 1Q21 alone, eclipsing all of 2020, according to Dealogic. The average deal value for SPAC transactions was US$2.2bn for the quarter, up from US$1.2bn in 2020.

“While many themes crossed over into 2021, such as the technology sector’s dominance and the continued strength of private equity, some notable shifts did occur in terms of deal size and geographic concentration of deals.”