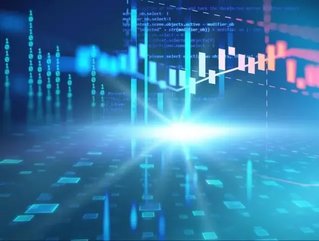 Canadian grocery retailer Metro has announced that it will be selling the majority of its stake in Alimentation Couche-Tard Inc. for approximately $1.5bn, a sale that will go some way towards funding its $4.5bn acquisition of Jean Coutu Group.

"Metro has been a significant shareholder of Couche-Tard since 1987 and we are extremely pleased with the performance of the company,” said Eric Fleche, President and CEO of Metro. “At this time we decided to realize the majority of our investment to finance the recently announced strategic acquisition of the Jean Coutu Group.”

Metro revealed in a statement that the shares will be sold in in three separate deals at a rate of approximately $57.17.

Couche Tard will be buying back as many as 4.37mn Class B shares from Metro for a total of approximately $250mn.

"This transaction is a unique opportunity for Couche-Tard to repurchase shares at an attractive price, which represents a worthwhile business opportunity that benefits our shareholders,” said Couche-Tard’s Chairman, Alain Bouchard.

Caisse de depot et placement du Quebec has agreed to acquire 11.36mn Class A shares, whilst the remaining 11.36mn shares up for sale will be converted into subordinate shares and sold through a consortium of brokers.

"Couche-Tard has an impressive track record, as shown by its ability to successfully make acquisitions in global markets and innovate to adapt to consumer needs,” said Chistian Dube, Vice President of Caisse. “Today, it is one of the largest convenience store retailers in the world, and it continues to have significant growth potential in the United States, Europe, and Asia.

The firm announced that it will be buying the Jean Coutu Pharmacy chain some two weeks back, something that will see the retailer acquiring a further 400 stores across Quebec, New Brunswick and Ontario, adding to its existing total 600 stores across the provinces.

Following the transactions, Metro will be left with approximately 15% of the 32mn shares that it currently holds.