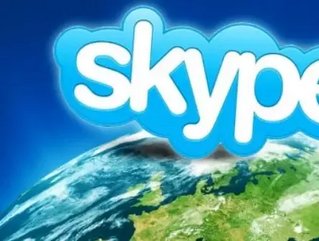 It was announced this morning that the largest acquisition ever made as Microsoft buys Skype Global for $8.5 billion, making for the biggest deal in recent years. Microsoft Corp. will buy the company in cash from the investor group led by Silver Lake.

According to a statement released by Microsoft:

“The acquisition will increase the accessibility of real-time video and voice communications, bringing benefits to both consumers and enterprise users and generating significant new business and revenue opportunities. The combination will extend Skype’s world-class brand and the reach of its networked platform, while enhancing Microsoft’s existing portfolio of real-time communications products and services.”

Microsoft’s last biggest purchase was back in 2007 when it bought online advertising firm aQuantive for $6 billion. After today’s purchase, Skype users will now be able to connect Microsoft programs, such as Outlook and even Xbox Live, and Skype will have the capabilities to support Microsoft devices like the Kinect.

Today’s purchase makes for the second time Skype was bought out by another party. Investment group Silver Lake bought Skype from its previous owner eBay in 2009 for more than $2 billion. Skype will now become a new division of Microsoft and will be led by chief executive, Tony Bates.

“Skype is a phenomenal service that is loved by millions of people around the world,” said Microsoft CEO Steve Ballmer. “Together we will create the future of real-time communications so people can easily stay connected to family, friends, clients and colleagues anywhere in the world.”

“Microsoft and Skype share the vision of bringing software innovation and products to our customers,” said Tony Bates. “Together, we will be able to accelerate Skype's plans to extend our global community and introduce new ways for everyone to communicate and collaborate,” Bates said.

About 170 million users chat using Skype and clocked in 207 billion minutes last year. The board members of both companies have approved the deal and the acquisition should be finalized this year.