MID-YEAR ROUND UP: The Biggest US Mergers and Acquisitions So Far in 2014 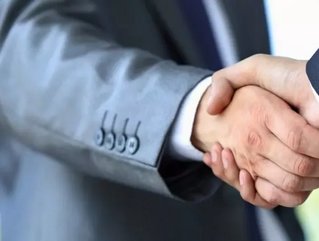 2014 has already delivered mergers and acquisitions of epic proportions, with more to come in the next few months.  But where top competitors are concerned, regulation is the name of the game, and a few high-profile deals are still pending federal approval.  Here are a few champions and contenders of note.

American Airlines and US Airways

Last year, the Department of Justice filed a suit to stop the merger out of concern that it would lead to decreased competition and increased fares. The lawsuit was settled under the terms that American Airlines Group sell their landing slots or gates at seven major airports, some of which will be reserved for low-cost carriers.

Doug Parker, CEO of American Airlines who formerly served as the chairman and CEO of US Airways, commented on the merger by saying, “Our people, our customers and the communities we serve around the world have been anticipating the arrival of the new American.”  The company expects the merger to be completed in January of 2016.  In the interim, both airlines will continue to offer perks to their customers, and beginning in 2015, they will combine the mileage balances of frequent fliers who have accounts with each airline.

In a proposed $32 billion deal, the two telecommunications giants could merge by the year’s end.  The preliminary terms state that Sprint would acquire T-Mobile for about $40 a share.  Sprint is currently the third largest U.S. wireless network operator and T-Mobile is the fourth.

The merger would create a formidable competitor for Verizon and AT&T, both of which currently serve over 100 million subscribers.  The deal could also be subject to antitrust regulation via the Justice Department, already heavily considering the implications of potential high-profile mergers happening elsewhere.  AT&T attempted to acquire T-Mobile in a similar deal back in 2011, but regulators prevented it due to concerns over how the merger might limit consumer choices.

The two companies have yet to draft a definitive agreement or arrange financing.  But should the deal not go through, early terms include a $1 billion “break up fee” that Sprint would pay T-Mobile.  If the merger is a go, it is likely to be announced in July.

In February, Social media giant Facebook acquired WhatsApp for $19 billion. The acquisition marked the largest purchase of a company backed by venture capitalists in history.  The company was founded in 2009 and has added roughly 100 million new users each year.  Currently, WhatsApp has more than 500 million users and handles 50 billion messages each day.  In regard to WhatsApp’s incredibly fast growth, Facebook CEO Mark Zuckerberg said, “No one in the history of the world has done anything like that.”

WhatsApp is a messenger service that allows smartphone users to text via their cell phone numbers.  The messages are sent over mobile broadband, so they do not register as text messages, clearing the way for users to message freely—even internationally—without the danger of exceeding their message limit and incurring overages.  This makes the app invaluable to constant correspondents and those communicating overseas.  The acquisition allows Facebook to extend itself beyond its primary site and break into developing markets.

In a move that could potentially impact the future of cable and broadband, Comcast Corporation has offered to buy Time Warner Cable for $45 billion.

Presently, the deal states that each of Time Warner Cable's current 284.9 million shares will be exchanged for 2.875 million shares of Comcast's CMSCA stock.  Comcast will also sell 1.4 million Time Warner Cable subscribers to Charter Communications for about $7.3 billion.  2.5 million subscribers would then be divested to a new public company.  Comcast shareholders would own 66 percent of the company while 33 percent would be owned by Charter, with Charter in charge of managing the new network and customers.  Comcast and Charter would trade about 1.6 million subscribers throughout the country.

The deal would make Charter Communications the second-largest cable provider in the United States and ultimately increase their subscriber base from 4.4 to 8.2 million households.  Of course, Charter’s involvement in the deal is contingent upon whether or not the initial Comcast-Time Warner merger succeeds.  The acquisition is subject to regulation and is currently under review by the Federal Communications Commission and the United States Department of Justice.

Rivaling the Comcast and Time Warner deal is AT&T’s proposed merger with DirecTV, currently the biggest satellite television operator in the United States.  The deal could potentially be worth $48.5 billion.  DirecTV shareholders will receive a total of $95 per share, with $28.50 to be paid in cash and $66.50 paid in stock.  The proposed deal is the largest in several years for AT&T.  The company’s last substantial transaction attempt was their failed acquisition of T-Mobile.

AT&T and DirecTV claim that the merger would enable them to lower their prices for satellite television and high-speed Internet bundle packages, pressuring cable companies to lower their rates as well.  They also insist that if Comcast and Time Warner successfully merge, they will need suitable competition to keep from becoming a monopoly.  AT&T and DirecTV presented both arguments in filings with both the FCC and the Department of Justice.  As a condition to merger approval, AT&T pledged to extend fiber high-speed Internet services to 2 million more customers. It also promised to bring wireless high-speed Internet to 13 million largely rural customers outside of areas that the company already serves.