Minimum wage could be on the rise in Canada - Who will benefit and who will suffer? 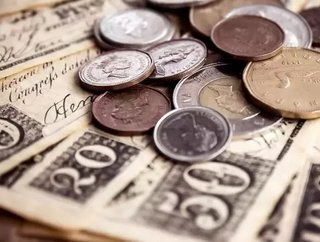 Minimum wage should be increased in Canada—at least one woman thinks so. Premier Rachel Notley has plans to raise the minimum wage in Canada from $10.02 to $15 by the year 2018.

Originally reported by CBC News, it would appear that Notley believes that those working in various industries who earn just $10.02 an hour need to make more money in order to support themselves and possible families.

If minimum wage is increased throughout Canada, does that mean that everyone will get an increase in pay?

RELATED TOPIC: Show me the money: Financial mistakes to avoid in yours 30s

With a complete disregard to education and the process of perfecting various skills, Notley plans to increase minimum wage by almost $5.00. It wouldn’t seem overly fair if someone without an education who works in the fast food industry ended up earning somewhere in the vicinity of someone with a degree—not to mention, a person’s college debt should also be taken into consideration. If someone chose to better themselves and their skills (acquiring debt along the way), shouldn’t he or she earn a little bit more money?

Notley clearly believes that minimum wage needs to be higher in order for a person earning that amount to raise a family. This point does make sense—it probably is near impossible for someone to support anyone (even themselves) on a weekly wage of $400 a week before taxes.

RELATED TOPIC: [INFOGRAPHIC] The salary you need to earn to live in your favorite city

However, if you don’t have a good paying job, one in which you can barely support yourself, should you be in the predicament of supporting a family. Sure, this accusation may seem a little harsh, but if you can’t properly pay for your spouse of child, then maybe you shouldn’t have them.

Interestingly enough, various small businesses, restaurants and retail industry groups actually disagree with Notley’s plan. Representatives from each industry have argued that this type of increase in minimum wage could actually harm the economy.

Specifically, Richard Truscott, vice-president for the Canadian Federation of Independent Business, has touched upon the fact that a wage increase could cut into the slim profit margins earned by small businesses.

“When you add 20 to 30 per cent in terms of overall wage costs, increase that minimum wage by almost 50 per cent for those service-based businesses—it’s very hard to eat those costs,” he said.

As opinions vary on this controversial issue, it’s clear that there are a variety of parties that stand to suffer or benefit—someone is going to come out a loser.

What are your personal beliefs on this issue and why?

RECENT TOPIC: Tobacco companies ordered to pay billions in damages—What does this mean for the industry?