Music Sales up For the First Time in Seven Years 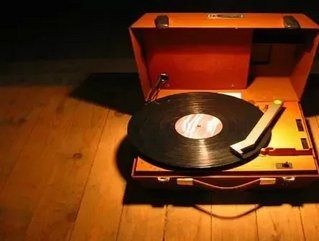 It’s no secret that the US music industry has suffered for over a decade at the hands of illegal downloading and free streaming services, but the tides have changed ever so slightly for the struggling business in the last year.

The Recording Industry Association of America (RIAA) has announced its official sales figures for 2011, revealing a slight but notable increase. Overall, the industry brought in $7.01 billion last year (so don’t worry too much about the plight of the record executive). Music shipments grew 0.2 percent last year—the first gain for the industry since 2004.

Naturally, digital sales did the heavy lifting, as they made up 50 percent of all shipments. Digital album downloads pushed past the 100 million-unit mark for the first time ever (1.09 million) and digital sales were up 25 percent at $1.1 billion.

Music subscription services made a mark as well, as revenue increased 13 percent to a high of $241 million.

“Digital music has truly become mainstream, though there are certainly still challenges presented by massive volumes of digital theft,” wrote RIAA Vice President of Strategic Data Analysis Joshua P. Friedlander in a note accompanying the shipment report. “Access models like subscription services and Internet radio (represented by digital performance royalties) have continued to grow both in popularity as well as in their revenue contribution to the industry. No longer just a niche, digital music has shown it can be a model—or perhaps more accurately a variety of models—for the music industry going forward.”

As digital and online services take over, CDs are continuing a descent into obscurity, following through on a consistent decline. CD sales dropped 4.8 percent in units shipped and 8.5 percent in dollar value from $3.9 billion down to $3.1 billion.

Perhaps, in coming years, CDs will follow a path of another music medium once thought to be obsolete. Retro sensibilities made their mark on music sales in 2011 and LP shipments jumped 31.5 percent to 5.5 million units. Shipments of 45s doubled in dollar value to $4.6 million.

All of the RIAA’s data, reported by record labels, includes sales of digital and physical albums and singles, music videos and mobile platforms, including ringtones and ringbacks. For the first time ever, the RIAA report includes synchronization royalties (those paid to artists whose music is synchronized with other content, like movies, TV and video games).

According to the RIAA, 146,493 people are employed by 40,071 music community businesses across the country.