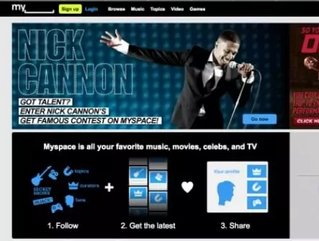 It’s been several months since MySpace first announced that it was for sale and it has been years since the mainstream social media fans actually logged into their personal accounts to see what was new in the “Space.” After months and months of planning, MySpace has finally been sold to advertising network Specific Media for upward of $35 million. Also, MySpace CEO Mike Jones will be leaving his spot within the company and news reports are coming out that a good portion of his staff will be following suit.

Jones addressed in an email: “In conjunction with the deal, we are conducting a series of restructuring initiatives, including a significant reduction in our workforce. I will assist Specific with the transition over the next two months before departing my role as MySpace CEO.”

Former owner of MySpace, News Corp. declared that it was ready to sell MySpace in February of this year and was looking to make $100 million out of the sale. News Corp. originally bought MySpace in 2005 for $580 million. It’s no surprise that MySpace’s traffic plummeted once social media fans went over to the dark side and began to plaster their entire lives over Facebook. It’s also been reported that News Corp. will hold a 5 to 10 percent stake in the company. Reports are also coming out saying that 50 percent of the website’s staff may be cut after the sale with the intention that its services will focus on the music industry.

Another interesting element to come out of this week’s sale is that singer and business man Justin Timberlake will also take ownership stake in MySpace and be a part of the company in the future.

“There’s a need for a place where fans can go to interact with their favorite entertainers, listen to music, watch videos, share and discover cool stuff and just connect. MySpace has the potential to be that place,” Timberlake said in a statement. “Art is inspired by people and vice versa, so there’s a natural social component to entertainment.”