New era for bitcoin as regulations are introduced in New York 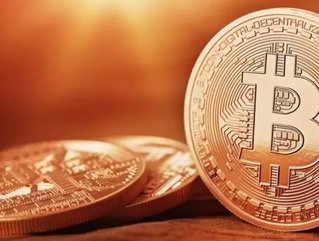 A legal framework to regulate the use of bitcoin has been introduced in New York state by Ben Lawsky, head of the New York Department of Financial Services (DFS), who will be stepping down soon to enter private practice.

Going forward, merchants dealing in cybercurrency bitcoin in New York will have to acquire a license—a “bitlicense”—to do it. If the law is successful versions of it are very likely to be enacted across the nation.

The rules were released on Wednesday. The 44-page document of final rules outlines what bitcoin users must do to obtain and keep a “bitlicense” in the Empire State.

Related Story: The rise of Bitcoin

These new rules are a triumph for Lawsky who has been on a mission to regulate cybercurriencies, which have been linked to some important drug cases and other illegal activity.

Quoted in USA Today, Lawsky commented on his efforts to create rules that would be fair to both operators and the bitcoin users he is seeking to protect. “Getting that balance right is hard, but it is key. "We want to promote and support companies that use new, emerging technologies to build better financial companies. We just need to make sure that we put appropriate regulatory guardrails in place,” he said.

Related Story: As Benjamin Lawsky’s tenure ends, who will replace him on Wall Street?

Lawsky’s critics argue that the rules threaten to raise costs and restrict innovations. The cost of an application for a license is $5000. Also, according to USA Today, companies will “need to have a compliance officer, for example, who will be responsible for making sure the firm is in compliance with its bitlicense rules and all other applicable federal and state laws that apply to bitcoin, such as money trasmitter laws and laws to protect against money laundering.”

While the price for entry does seem high, perhaps these regulations are just what bitcoin needs to make further inroads into the mainstream.