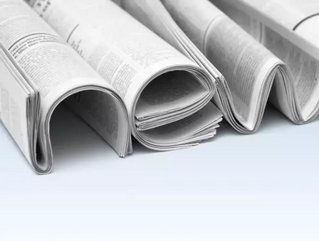 Tronc, a newspaper publication better known as the parent company of The Chicago Tribune and The Los Angeles Times has announced that it is set acquire New York’s Daily News.

The deal for the tabloid that includes its website and other assets has finally come to fruition having been in the works for some months.

"We think this is a great deal for the paper and for us," said Tronc's CEO Justin Dearborn.

"We expect it to benefit greatly from becoming part of the Tronc ecosystem."

Owner Mort Zuckerman previously listed The Daily News for $200mn back in February 2015. However, having failed to compete with Rupert Murdoch’s New York Post in recent years, the company has been sold for just $1.

Tronc has been looking to expand its portfolio under new chairman Michael Ferro, with the move coming less than a month after Tronc’s unsuccessful attempt to purchase the Chicago Sun-Times.

"We have always been interested in the New York market," Dearborn said.

"The Sun-Times deal in no way changed our plans. This transaction came about through a mutual friend of both companies who initiated a conversation that led to this transaction."

However, the deal is somewhat a gamble, as Tronc have assumed the company’s operational and pension liabilities, estimated at around $30mn, in the hope of turning the Daily News around under its portfolio.