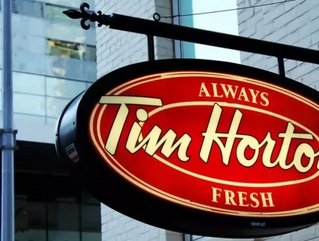 The relocation of such a high profile American brand is likely to elevate the debate surrounding tax inversion deals. The Burger King-Tim Hortons merger comes at a critical time as U.S. lawmakers look to stem the growing wave of company departures.

The deal creates the world's third largest quick-service restaurant chain, with about $23 billion in system sales and more than 18,000 restaurants in 100 countries. The new global company will be based in Canada, though each brand will be managed independently after the deal's completion, both companies said.

“By bringing together our two iconic companies under common ownership, we are creating a global [quick service restaurant] powerhouse,” said Alex Behring, executive chairman of Burger King and managing partner of 3G Capital.

Tim Hortons is Canada’s largest quick-service food chain and have a market capitalization of about $10 billion. In order for the acquisition to be finalized, the Canadian government will have to give its approval, meaning that Burger King, which is controlled by Brazilian private-equity firm 3G Capital Management, would have to show that the deal provides a so-called net benefit to Canada.

Tim Hortons, which today operates in only a handful of countries outside Canada and the U.S., is synonymous with Canada, with more than 3,600 Canadian stores.

3G Capital will own about 51 percent of the new company. Berkshire Hathaway, which previously joined with 3G to buy H.J. Heinz & Co. in 2013, won't be involved in the management or operation of the business.