OMERS and Madison to acquire Sony Centre for $1.6bn 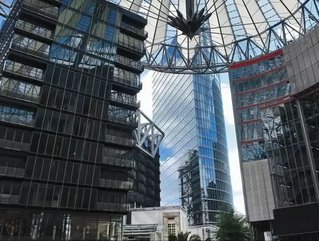 The centre comprises of eight buildings including the headquarters of Deutsche Bahn, BahnTower, cinemas, and significant office space used by the likes of Sony, Facebook and WeWork.

Oxford Properties branch will be acquiring the property, OMERS’s real estate arm that recently invested in Paris’ La Defense district that holds most of its assets in London.

“Oxford Properties is pleased to add the Sony Center to our... global portfolio and gain exposure to Berlin, one of Europe’s fastest growing and most dynamic cities,” said Paul Brundage, Executive Vice President and Senior Managing Director of Oxford Properties European operations.

“This strategy is backed up by our longstanding commitment to the central London office, high street retail and build-to-rent residential sectors.

“This acquisition gives Oxford the scale to build a platform in Berlin with an on-the-ground team.”

The sale sees the NPS over double their money in the sale, having bought the centre from Morgan Stanley for $767mn back in 2010.