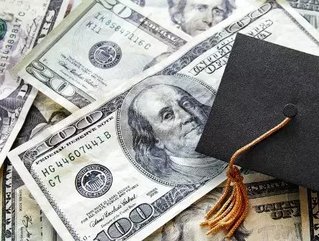 College is supposed to be one of the best times of your life, and typically it is. It’s after college when you start paying back student loans that it becomes a real nightmare. According to a Fidelity survey of 750 college graduates, the average college debt is about $35,000 per student. In just the last 30 years, tuition for college has increased a mind-boggling 1,210 percent.

The state of Oregon has proposed a radical investment approach to loans, offering free tuition at public universities in exchange for three percent of earnings for the first 25 years after graduation. The “Pay it Forward, Pay it Back” plan would essentially allow students to enroll with no money down, so long as they agree to pay up to three percent of their future salaries back into a state fund annually. Additionally, no payments would be collected from graduates unless they are gainfully employed, which means they’d be off the hook while in graduate school or out of work.

“Probably the only candidate left for a bubble – at least in the developed world (maybe emerging markets are a bubble) – is education. It’s basically extremely overpriced. People are not getting their money’s worth, objectively, when you do the math.

Students are clearly driving the push for tuition reform across the country, as the nation grapples with its $1 trillion debt load. State funding for schools has been slashed left and right as more and more students turn to student loans to fill the gap.

Surprisingly, Oregon’s proposal isn’t entirely a new idea. According to the New York Times, Nobel Prize-winning economist Milton Friedman came up with the idea back in 1955. Yale University piloted it for their first own students before the introduction of federal loans.

So far, Oregon is the only state to really make moves to put such a plan in place. Lawmakers unanimously approved a committee to develop a pilot program for Pay it Forward, Pay it Back, but it would be at least until 2015 before they decide to move ahead or not.