Ottawa commits to increasing its defence spending by 73 percent, private sector to benefit 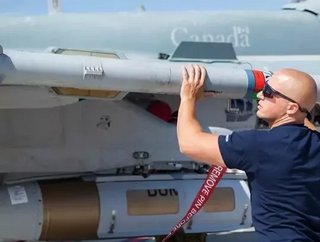 This includes growing regular forces by 3,500, and increasing its fighter jet procurement plan to 88 from 65 jets, at a cost of between $15 billion and $19 billion.

Another huge spending priority is a commitment to enhance Canada’s Radarsat satellite system, i.e. Canada’s first commercial Earth observation satellite. This investment could advantage MacDonald, Dettwiler and Associates Ltd, (MDA) which was awarded a $706 million contract in 2013 to build, launch and operate satellites for the Radarsat Constellation Mission.

As reported by Business Vancouver, MDA CEO Howard Lance commented: “We applaud the renewed focus on partnering with industry to develop innovative new technologies. This is an area that we will be tracking closely in order to help us to continue to develop leading-edge technologies right here in B.C.”

Federal Defence Minister Harjit Sajjan has said that the private sector is very much part of Canada’s plans to invest in the armed forces.

“Taking a lesson from the high-tech sector, we will implement dedicated and funded programming to drive innovations from among small, medium and large enterprises which are crucial generators of innovation,” Sajjan said in an address to the Greater Vancouver Board of Trade.

Along with MDA, other businesses that may benefit from increased investment are Avcorp Industries (currently has a $500 million contract to build folding wing assemblies for an F-35 variant) and ASCO Aerospace Canada Ltd. (has $40 million worth of contracts to build titanium and aluminum bulkheads for the F-35).