An outlook on the current state of Canadian mining 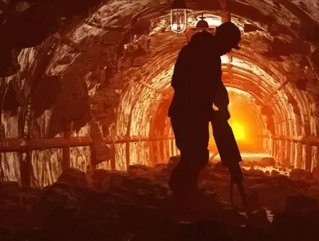 Teck Resources Ltd. has recently announced that they will temporarily be shutting down six of their Canadian coal mines. According to our sister brand Mining Global, weak prices and the continuance of frail market conditions are responsible for the closing.

Don Lindsay, the chief executive officer at Teck Resources Ltd., responded to the matter by saying, “Rather than push incremental tons into an oversupplied market, we are taking a disciplined approach to managing our mine production in line with market conditions. “

Suspensions for the mines will last about three weeks, taking place during the summer months of July, August and September. Then, as market conditions change, additional production adjustments may be considered.

Lindsay went on to say, “We will continue to focus on reducing costs and improving efficiency to ensure our mines are cash positive throughout the cycle and well-positioned when markets improve.”

RECENT TOPIC: The value of charitable partnerships (and 5 Canadian charities to consider)

However, this decision could end up having a ripple effect in other sectors of the Canadian economy. For example, 600 jobs have already been cut, with a reported 20 per cent or 1.5 million tons being cut from Treck’s quarterly production. Unfortunately, further production cuts could take place in the near future.

Specifically, five mines in British Columbia will be suspended and one in Alberta. And though this new move to lower production may seem smart, TD analyst Greg Barnes believes that “more cuts are needed.”

Interestingly enough, Teck Resources Ltd. still seems like a great pick for long-term oriented investors. Though a hefty cut is taking place, it could ultimately go a long way towards balancing the metallurgical coal market. Furthermore, Seeking Alpha believed that production cuts could work in Teck’s favor, as the higher prices of copper and zinc prices could end up offsetting the negative impact that has erupted due to prolonged weakness in coal prices.