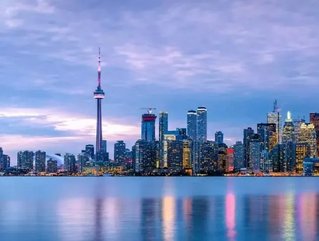 Canadian real estate owner, property developer, and investor Oxford Properties has made a leading bid of AU$3.3bn for Investa Office Fund, Reuters has reported
Investa is an Australian property company, its website claiming that it is “one of Australia’s largest owners and managers of institutional grade office assets, valued at more than AU$10 billion”.
The bid, if successful, would put Investa’s 20-strong portfolio of Australian properties under Oxford’s control.
Oxford’s bid trumped competitor Blackstone Group’s offer by $90mn. This equates to $5.50 per share, which Reuters have said is a 3.4% premium to Investa’s last traded share price.
Prior to this bid, Oxford bought a 10% stake in Investa in August this year.
Blackstone’s offer per share was $5.3485, with Oxford’s offer being made a mere two days before shareholders were scheduled to meet and approve Blackstone’s takeover.
See More:
Reuters added: “Directors of Investa’s manager, Investa Listed Funds Management Limited, advised shareholders to take no action and said they still recommend the Blackstone proposal while they consider the new offer”.
Oxford owns and manages over 50mn square feet of premier real estate across Canada, with a portfolio including its headquarters at Toronto’s EY Tower, the MNP Tower in Vancouver, and the Yorkdale shopping centre in Toronto.
The company also owns properties across the US and Europe, such as New York’s Olympic Tower and Berlin’s Sony Center, with the potential acquisition of Investa signalling a desire to expand its global reach.
Oxford PropertiesinvestmentpropertyBlackstone
Share
Share