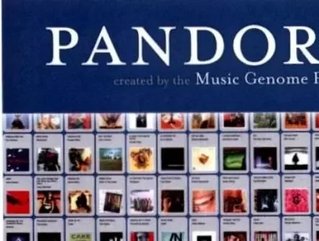 Internet radio company Pandora is nearing its initial public offering and has raised the amount sought by its sale by 43 percent to $176.2 million as market officials are noticing that the demand for shares have grown exponentially. Pandora plans to sell 14.7 million shares for $10 to $12, according to filings with the Securities and Exchange Commission. Earlier this month, the SEC filing was for 13.7 million shares for $7 to $9.

Demand for Internet companies are becoming increasingly more attractive for those in the stock market. Case in point, LinkedIn’s public offering’s shares more than doubled on its first day of trading, along with Yandex NV, which raised $1.43 billion in the world’s biggest tech-based IPO of the year. Top daily deal provider Groupon has already filed to raise $750 million in an IPO after booking a 14-fold increase in sales. If you ever wanted to enter the stock market, now would be the time.

The $11 midpoint of Pandora’s new price range would value the company at $1.76 billion. It’s selling 6 million of the IPO shares, compared with the 5 million it previously notified the SEC it would sell, according to Business Week. Existing shareholders are offering 8.7 million shares. The largest shareholders are Crosslink Capital, Walden Venture Capital and Greylock Partners and will not be selling in the IPO.

Based on the new midpoint price and higher number of shares, Pandora will raise about $58 million in cash after paying underwriter fees, or about $9 million more than previously planned, the filings show. Pandora will use proceeds to pay more than $30 million of accrued dividends and the remainder for general corporate purposes.