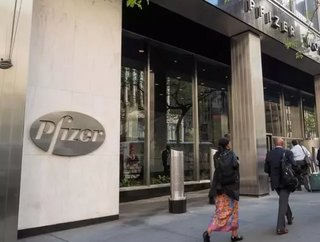 Shares of New York-based pharmaceutical company Pfizer have increased 1.15 percent to $37.31 as it prepares to release this year's second quarter earnings later today.

Pfizer also announced this week that it has acquired Bamboo Theapeutics for $150 million, expanding its gene therapy biotechnology expertise.

Pfizer will take over Bamboo's manufacturing facility and any treatments which are currently in development. It had previously collaborated with Spark Therapeutics to create a treatment for hemophilia B.

According to The Street, Mikael Dolsten, Head of Research and Development at Pfizer, said: "We believe that gene therapy holds the promise of bringing true disease modification for patients suffering from devastating diseases."