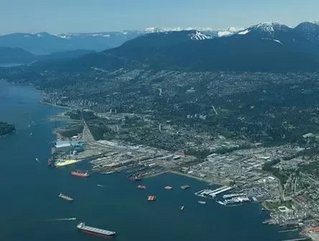 Port Metro Vancouver reported today its 2012 mid-year results, revealing a steady growth of 6 per cent in which it has handled, through June, 62.3 million tonnes of cargo.

Port Metro Vancouver states that these figures are a direct result of the healthy collaboration between the Vancouver government, terminal operators, shippers and land transport logistics suppliers. This collaboration has improved sustainability, capacity and efficiency in the port of Vancouver, leading to growth opportunities that the port is seeing now.

“What we have seen to the mid-point in 2012 is continued resiliency in the Canadian export market.  Although some Asian economies show slower growth overall,  through the port we saw continuing strong demand for Canadian natural resources, with all the major economic benefits that provides for the Canadian economy,” said Robin Silvester, President and Chief Executive Officer, Port Metro Vancouver. “Thanks to capacity building projects now underway, together with improved efficiencies, and this ongoing demand, we expect to see continued strength throughout 2012.”

On the foreign tonnage side, Port Metro Vancouver has thus far seen an increase of six per cent equalling a total of 49 million tonnes.

“Port Metro Vancouver’s strong 2012 mid-year growth is clear proof that the federal government’s strategic investments and partnerships in building the Asia-Pacific Gateway are making Canada the gateway of choice between Asia and North America," said the Honourable Ed Fast, Minister of International Trade, and Minister for the Asia-Pacific Gateway. "As we deepen Canada's trade and investment ties in fast-growing Asia-Pacific markets, PMV's competitive advantages and continued success are helping to create jobs, growth and long-term prosperity in every region of our country.

“On behalf of the Government of British Columbia, I congratulate Port Metro Vancouver on its outstanding year-to-date results,” said Jobs, Tourism and Innovation Minister Pat Bell. “In Canada Starts Here: The BC Jobs Plan, we made a commitment to ensure our ports offer a competitive advantage in accessing markets to the east and the south, and PMV is a key component in making British Columbia Canada’s Pacific Gateway.”