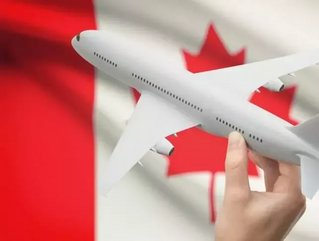 It has been a difficult year for Canada’s economy—and according to The Conference Board of Canada’s latest report, those economic issues have had a significant impact on the airline industry.

"The two biggest economic stories of 2015—low oil prices and a weaker loonie— have wreaked havoc on Canada's economy but have been a net positive for Canadian airline transportation," says Todd Crawford, Senior Economist at the Conference Board. "However, it's not all blue skies. Canadian air carriers are also contending with a weak domestic economy, which should restrain consumer spending and business travel. At the same time, new competition, particularly in the ultra-low-cost carrier segment, is heating up."

The weak Canadian dollar compared to other economies has also been helpful by making Canada a more attractive destination for travelers. Between this and savings on fuel costs, the industry achieved a record pre-tax profits of $1.6 billion in 2015. This trend is only expected to continue.

"Despite the low loonie, the number of U.S. visitors to Canada did not grow as fast as expected last year,” notes Crawford. “However, Canada's accommodation industry should see a better year in 2016, as Americans are expected to react more favourably to a lower dollar.”

All of this sets the industry up for a bright future over the next few years, bringing the tourism and hospitality industries up along with it.