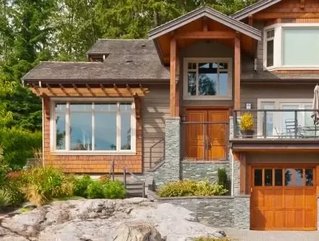 Check this article out as it appears in our June Issue of Business Review Canada. Trust us, it's way cooler to read this article when you can flip through our user-friendly e-reader.

It’s the age-old question on the minds of experienced and first-time homebuyers alike: Is this a good time to buy a home? With the American housing market still in recovery, many Canadians are worried that their own housing market will endure the same tumultuous decline. Is this the perfect time to buy the home of your dreams or will the fear of a potential bubble burst keep you renting?

The good news is that the housing market is in good shape. According to the Canadian Real Estate Association (CREA), housing sales were up in the first quarter of 2011, with changes to the mortgage rules responsible for the boost in activity. Though the market is anticipated to decline slightly, sales activity is expected to grow 2.6% by 2012.

The Canadian government seeks to avoid future real estate meltdowns through new legislation. In January, the government revamped its mortgage guidelines to reign in mounting consumer debt and to prevent homebuyers from defaulting on loans in the future, when prime lending rates may increase. Canadian consumers’ escalating debt-to-income ratio has raised red flags among government officials and financial experts for good reason—household debt is 144% of disposable income, narrowly surpassing the debt ratio of the United States.

According to a statement by Jim Flaherty, the Finance Minister of Canada, “We want to caution Canadians that we will not facilitate excessive debt assumption by some Canadians at very low interest rates because that will lead to trouble in the medium and longer term.” Translation: The Canadian government wishes to dodge the bullet that struck the American housing market a few years ago.

The changes will affect mostly first-time home buyers and people living in areas with high home values, such as Vancouver or Toronto. However, most Canadians will not feel the effects of the mortgage changes, particularly if they are financially stable, can supply a 20% down payment and have managed their debt successfully—basically the portrait of the typical Canadian homebuyer.

Although Canadian consumers are borrowing at higher levels, experts do not believe that Canada will experience an American-level bubble burst in the housing market for several reasons. First, Canada has stricter lending standards than the United States. Most mortgages are written by one of the six major banks, who are required to follow specific regulations. Additionally, sub-prime mortgages are rare, comprising only 5% of mortgages.  While these loans were all the rage in the United States, they never gained traction in Canada.

Second, mortgages are full recourse loans—the borrower is responsible for paying back the loan regardless of circumstances. Lenders are able to use a homeowner’s assets and income as collateral, thereby reducing the risk of the borrower walking away from a mortgage. As a result, delinquencies are one-tenth of the level of the United States.

It’s a great time to buy a home. However, homeownership isn’t for everyone. Before you sign on the dotted line, it’s important to assess whether homeownership is right for you.

Whether you’re in the market for your first home, a bigger property or simply a vacation home, refer to your real estate agent for information regarding the state of your local real estate market.

Laura Clapper is a copywriter for Buffini and Company, North America’s largest and most successful real estate training and coaching company.