The Psychology of Taxes on Entrepreneurs 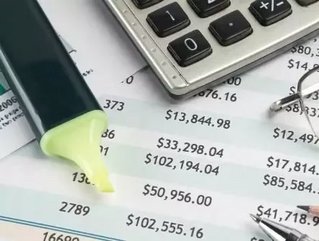 As an accountant, I have a unique vantage point to observe how entrepreneurs change their decisions based on tax policy.  My focus as a business advisor is making businesses more profitable first, then dealing with the tax implications of profit.

As much as I would like to focus on profit, I regularly have to “reprogram” the entrepreneur’s thinking on taxes.  With new clients, I often have to overcome the advice given by their former CPA, who would inevitably advise them to buy more equipment at the end of each year to avoid paying taxes.  Folks, this is just plain dumb unless your goal is to never build wealth from your business.

I would classify entrepreneurs into three groups when it comes to taxes:

The only type of tax that you can make No Taxes Nate pay would be a sales tax (or VAT – value added tax).  But given Nate’s predisposition to not pay any taxes, he will find a way to skim or avoid the tax all together.  Unfortunately for us honest entrepreneurs, we will endure audits because of Nate, since that is the only way the tax collector can find him.

Accidentally Profitable Alex does not make decisions based on taxes until his first major tax event occurs.  Once that event happens, he may change his name to Nate if he perceives the tax impact is too great.  Alex is likely to be a “one’er,” which is the term used for someone who can be profitable once, but cannot repeat the success.

Eddie is the guy we should focus tax policy around because he is the guy that employs the bulk of the workers in the U.S. economy.  Employment studies have shown that 70% of all employees are employed by privately held businesses and 100% of all new job growth comes from private business.  Publicly held businesses kill as many jobs as they create and that is just the nature of the beast.  Every time a publicly held business has purchased one of my clients, the public business has decreased employment of the company purchased, not increased.  They are inherently geared toward buying the “business” done by the private company, bolting it on to their infrastructure, and off-loading the private company’s management.

Since I started in public accounting in 1978, I have seen multiple tax ideas played out and the varying business decisions resulting from each policy.  I can honestly say that no policy proposed has ever caused the result the policy maker wanted, with the possible exception of the 1986 Tax Reform Act.  This is the tax act that eliminated tax shelters and lowered tax rates to 2 simple brackets, 15% and 28%.  This was the first time I saw my clients get focused on making profits and just pay the taxes.  Unfortunately, the 2 brackets eventually turned back into 6 brackets that topped out at 39.6%.  In addition to Federal taxes, states have continued to raise rates as well, and the average income tax rate runs around 6%.

What is the Optimum Rate?

I can honestly tell you that somewhere between 25% and 30% (federal and state tax combined) is the point where entrepreneurs will push forward to make more money rather than just put it on pause and take care of their own.  It also helps to have fewer brackets and get to the top bracket relatively quickly.  Simplicity has a tremendous power to move people to action and release them from the paralysis that lack of understanding brings.

Policy makers need to understand that entrepreneurs can always trim growth and just take care of themselves and their core employees when uncertainty abounds.  When they are presented with a flat economy like the one we face now, they need long-term certainty to encourage them to take some risks.  When they think their hard work will be eaten up in taxes, it takes all the incentive away.

Disconnect between Cash Flow and Taxes:

In my interaction with entrepreneurs from around the world through the Entrepreneurs’ Organization, it struck me that U.S. entrepreneurs are significantly under-capitalized compared to their counterparts in Europe and Asia.  Easy credit played a big part in this, but tax policy also plays a huge role.  The typical U.S. entrepreneur rubs two dollars bills together and tries to make a profit.  They start without capital, with just and idea and a dream, and find a way to make it work.

The disconnect that policy makers do not understand is that during the capital building phase of the business (typically the first 5 years in business) all of the after-tax profits are plowed back into the business.  Politicians make comments about taxing the rich people, but the ones I deal with that have a business that shows $300,000 in profit are having to pay an average of $120,000 in taxes (40% federal and state) which only leaves $180,000 to put back into the business to repay debt (remember, you encouraged them to start a business and borrow to start it).

Until you have sat in the conference room going over the final year end numbers with a business owner, you have no concept of the disappointment they feel to learn that what appeared to be a success of $300,000 in profit is really only $180,000 (which they used to repay debt so their cash balance did not change).  And if they are diligent and have no bumps in the market, they will be out of debt in 5 years.   Those are big “ifs”.  We found that we have to monitor this quarterly with clients because they spend their profits and leave no cash for taxes.  When they have no cash for taxes, this starts the death spiral of their business because the IRS is now a creditor of last resort.

The Case for Simplification:

Taxes may never be simple, but folks, we can do better than this.  Also, I would be a happy practitioner if I never had to help someone file another tax return.  We do not need tax preparation to be a jobs program, all of those folks can easily be used to do other useful and more productive things.

Here are my ideas from the real world:

Greg Crabtree has worked in the financial industry for more than thirty years and founded Crabtree, Rowe & Berger, PC, a CPA firm dedicated to helping entrepreneurs build the economic engine of their business. In addition to serving as the firm’s CEO, Crabtree leads the business consulting team—helping clients align their financial goals with their profit model and their core business values. He is the author of Simple Numbers, Straight Talk, Big Profits! For more information, please visit: http://www.seeingbeyondnumbers.com/.