Research In Motion: Will it Survive 2012? 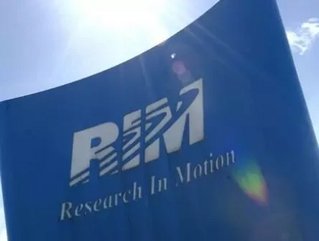 It is clear Research In Motion has been struggling. After an unfruitful 2011, many speculate that Canada’s most famous technology company will not survive the upcoming year. After technology flops, release dates pushed back and an overall negative outlook, RIM will have to step it up in 2012 to rebound toward the ultimate goal of becoming a more profitable and successful company.

RIM’s 2011 was not its best year. Although expected to do well, RIM’s releases fell short of their mark. One of the biggest issues was the BlackBerry PlayBook. Released in April, RIM brought its take on the tablet to the technology industry proposing that it had made “the first professional grade tablet.” Although sales were around the same amount as the Motorola Xoom and Samsung Galaxy Tab, figures were not of optimum performance and did not meet expectations. This paired with a small recall, poor reviews and lack of apps made the PlayBook’s reputation less than extraordinary.

In late April 2011, RIM announced the results of a slow release. Reducing its profit forecast, investors started to lose confidence in the company and shares dropped as a result.

In May, RIM unveiled its BlackBerry Bold smartphones, an upward spike in the detrimental year. Its BlackBerry 7 OS released at the same time made some speculate that RIM could recover from its downward spiral. But not everyone was confident. In late May, the company faced a class action lawsuit from investors specifying that the failure for RIM to disclose what the suit claimed were adverse facts that led investors to commit to a company they thought would thrive, but currently wasn’t.

2011 kept producing bad results for RIM. By June, the company had to admit defeat and announced its plans for downsizing after its low Q1 results. Streamlining operations and cutting 2,000 jobs, RIM hoped this move would provide benefits by Q3 of 2011. But the BlackBerry reputation did not improve. First, an insider employee released a detailed letter describing what he thought was RIM’s undoing and his recommendations for change. It was a viral sensation, proving employees were also losing confidence. Additionally, in August 2011, London endured  violent riots, and there was a suggestion of restricting use of BlackBerry Messenger. This was because rioters were utilizing social media and communication, such as BlackBerry Messenger, to spread word of vandalism and looting. By September, shareholders started calling for the company to pursue sale.

“The status quo is not acceptable, the Company cannot sit still. It is time for transformational change. The Directors need to seize the reins to maximize shareholder value before more market value is lost,” said Chairman and CEO of Jaguar Financial, Vic Alboini in September.

Although in August, RIM saw support from the US Government and their backing of the BlackBerry Smart Reader device for security, this little blip in confidence did not last long. Later in the month, thieves stole $1 million worth of BlackBerry’s from Mississauga, Ontario warehouse. And then, to make matters worse, RIM’s BlackBerry service had a massive outage in October. Occurring in Europe, the Middle East, Africa, parts of Asia and the US, it was suggested that the outage affected millions. Hoping to mollify customers, RIM offered 12 free apps in reparation, but faced another class action suit in Canada because of the outage.

Hoping to reroute Research in Motion’s falling reputation, RIM Co-CEO’s Mike Lazaridis and Jim Balsillie announced in mid-December their choice to reduce their salary compensation to $1 a year in an effort to produce confidence from investors.

In the end, unfortunately for RIM, the year ended dismally with very few expecting recovery, shares dropping drastically, and, to further RIM’s unfortunate year, thieves making off with $1.7 million of BlackBerry PlayBook stock.

Recommendations by the Industry

So far in 2012, Research In Motion doesn’t seem to be making much headway in comparison to its 2011 figures. Early January brought about rumours of a buyout by other tech companies and major businesses. Suggested to be in talks with Samsung and even Ford, rumours were dismissed soon after they blossomed.

Overall, the industry seems to be recommending a pursuit of sale. Another option would be to license out the BlackBerry brand to another company.

What does RIM make of those suggestions? It seems it’s trying to salvage the company by bringing new leadership to the helm.  In late January, after numerous rumours about RIM’s plans for the future, Mike Lazaridus and Jim Balsillie announced that they were stepping down from their positions as Co-CEOs. Lazaridus explained that he would stay on the RIM Board as Vice Chair and become the Chair of the Board’s new Innovation Committee. Balsillie, additionally, is staying on the board, but both recommended Thorsten Heins—RIM’s CEO of Product and Sales—as their successor. Working together from here forward, Heins seems to be optimistic about RIM’s upcoming potential.

RIM, needless to say, better surprise investors and consumers alike this year. At CES 2012, RIM brought its latest innovations that will be released in Q1 of 2012; here are some of the highlights.

Previewing the new OS at CES 2012, RIM showed off its new BlackBerry PlayBook OS 2.0. Highlights for the upcoming release include an integrated social feed bringing all of your social accounts to one place, contacts and a calendar that feature updates from social media, a native email where you can associate multiple accounts, and more. What’s exciting about this update is that the PlayBook  now provides true multitasking, allowing apps to run simultaneously without pausing. Available in February 2012, BlackBerry PlayBook users can download the new OS update for free. This update is expected to bring the PlayBook to a new level, potentially making it a larger rival to other successful tablets.

Near Field Communication technology is something many technology companies have been experimenting with. RIM is on the forefront of actually implementing it into its smartphones. Integrated with BlackBerry 7.1 OS, NFC is available via BlackBerry Tag. Changing the way users share information and content, BlackBerry owners can easily tap their NFC enabled phones together and share information such as party invites, invitation to BBM, contact information, documents, URLs, photos, media and more.

A BlackBerry Employee at CES hinted toward more NFC applications in the future such as mobile banking. Another way BlackBerry NFC could be used in the future is in Canadian hotels. Instead of opening your room with a keycard, you may in the future be able to open your door with just the tap of your BlackBerry. Implementing NFC into smartphones is definitely a smart move on RIM’s part.

Research in Motion is an important company on the Canadian technological scene. It is clear Canada would suffer from its loss. Hopefully, RIM will see a better 2012 and its new leadership, technology and innovations will return the company back to its original profitable standing.