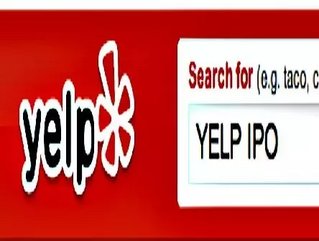 The long awaited Yelp IPO offering logistics have finally been confirmed. The San Francisco based company declared it is committed to offer shares of its company on March 1st, pricing 7.15 million shares at approximately $12 to $14 dollars each.

The major Internet Company makes an annual revenue of approximately $88.3 million dollars off of its user review site, which allows users to personally review everything from restaurants, to shopping, to nightlife.

The company has seen wild success as a business, recently passing 25 million total reviews on its site, which are each cataloged, starred and ranked. Over 66 million unique visitors look at Yelp on a monthly basis, which is an outlandish feat in terms of foot traffic earned towards advertising revenue.

In addition, in an age where huge advertising bucks rest on the data mined from information mining, the site’s warehouse of user preferences make them an elite contender in the new internet market.

However, while Yelp as a business model holds up against its competitors including Facebook, Groupon and LinkedIn, many experts are saying the IPO estimate is way too high. Chief Investment officer at Harris Private Bank in Chicago, Jack Albin---who was interviewed by Bloomberg.com--claimed, “The initial valuation seems high relative to their peers. I’m not sure where their huge growth catalyst is going to come from.”

Accurate or not, the projections of Yelp’s initial offering indicate one thing: The boom of Internet IPO’s is not going anywhere, rather demand for web stocks are bound to only increase at exponential rates.