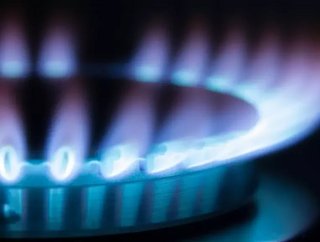 Sempra, a San Diego utility owner, and Oncor’s parent Energy Future Holdings signed off on the deal which included taking on more than US$9bn in debt, sources said.

US hedge fund, Elliott Management, is the largest creditor of bankrupt Energy Future Holdings. They decided to back Oncor's sale to Sempra after the company assured that it could get the acquisition approved by the Public Utility Commission of Texas (PUCT), as well as a U.S. bankruptcy judge.

Sempra also argued that buying Oncor would boost its earnings from next year, sources said.

The move marks a devastating blow for Berkshire Hathaway's Warren Buffet who tries to avoid bidding wars for coompanies. The Nebraska based holding firm wholly own companies including Fruit of the Loom and Pampered Chef. It also has significant shares in companies including American Express and the Coca-Cola Company.

In a statement, Debra L. Reed, CEO of Sempra Energy, said: “Both Sempra Energy and Oncor share more than 100 years of experience operating utilities that deliver safe, reliable energy to millions of customers.”

"With its strong management team and long, distinguished history as Texas' leading electric provider, Oncor is an excellent strategic fit for our portfolio of utility and energy infrastructure businesses.

“We believe our agreement with Energy Future will help ensure that Texas utility customers continue to receive the outstanding electric service they have come to expect from Oncor and provide stability to Oncor's nearly 4,000 employees," added Reed.

Sempra clinched the deal after raising their initial offering of £9.3bn. They expect the transaction to be completed in the first half of 2018.

Sempra owns and operates electric and gas utilities in the United States and South America, such as San Diego Gas & Electric and SoCalGas in California, Luz del Sur in Peru, and Chilquinta Energía in Chile. It serves about 32 million consumers worldwide and has a market capitalization of $29.2 billion.