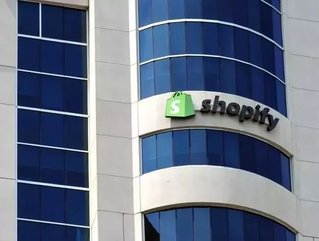 Leading Canadian ecommerce company Shopify saw its shares drop more than 5% off the back of its quarterly earnings announcement, despite the company beating estimates.

Shopify saw its revenue rise to $214.3mn for the three-month period ended 31 March, up 68% year-over-year, whilst is subscriptions revenue also grew 61% to over $100mn.

Further, the quarter also saw the launch of an integration with Google Pay on Shopify stores, whilst the firm also expanded its shopping on Instagram tool to Australia, Canada, Germany France, Italy, Spain and Brazil, alongside the US.

“Merchants love Shopify because it allows them to sell anywhere, anytime,” said Tobi Lütke, Shopify’s CEO. “It also helps them with the many tasks that come with running a retail business.”

The fall in shares can be attributed to investors being less than impressed with the company’s performance, having only topped its expectations by between 2-3%, resulting in the firm’s stock price falling from over USD$133 to $120, before recovering to $127.

Further, the company’s growth actually slowed, having risen 81% between Q1 2016 and Q1 2017 – a key metric that investors measure performance on.