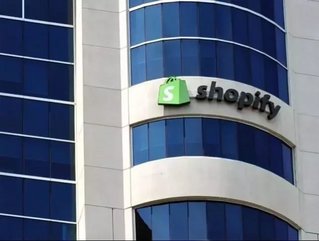 Ottawa-based ecommerce platform Shopify released its Q3 financial results on 25 October after a busy period for the firm
During the course of Q3, Shopify launched a Locations service which allows merchants to maintain inventory quantities across multiple locations.
It also released a new App Store to offer a stronger platform for merchants to offer their respective apps, and an AR facility to allow shoppers to study life-sized 3D renderings of products.
In addition, Shopify launched its Shopify Payments facility in Germany, the 10th country where Shopify’s payment method is available after Canada, the US, the UK, Australia, Ireland, New Zealand, Japan, and Singapore.
See more:
With this array of improvements to its multi-channel offerings, Shopify has had to spend some cash: the firm reported a Q3 operating loss of CA$31.4mn up from $12.7mn in Q3 2017.
Revenue, however, has increased more dramatically over the previous year.
Shopify posted total revenue of $270.1mn for Q3, a leap upwards of 58% over 2017.
“Solid execution and continued rapid growth drove our strong results in the third quarter,” Amy Shapero, Shopify’s CFO, said in the firm’s statement.
“We relentlessly shipped new products and features to prepare our merchants for their biggest selling season of the year, merchants’ GMV expansion was well ahead of ecommerce growth overall, and our merchant base continues to expand at a healthy clip.”
growthexpansionShopifyEcommerce
Share
Share