Should Canada's government get involved in the housing market? 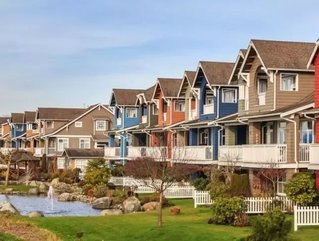 Prices in the housing sector are rising fast, and a new poll reveals that many Canadian citizens have had enough. According to a report released this week by the Angus Reid Institute, a non-profit and non-partisan public interest research firm, nearly half of Canadians living in urban areas believe that the cost of buying a house is high or even unreasonably high. Moreover, a full 66 percent—that’s two out of every three polled—believe that the Canadian government should get more involved in regulating real estate prices to keep the sector fair and affordable.

The poll showed that residents of the Metro Vancouver and GTA areas were the most frustrated with housing prices, with 70 percent and 46 percent of those polled respectively asserting that home prices are unreasonably high. But sentiments were found to be similar across Canada with 45 percent or more residents in Halifax, Edmonton, Calgary, Winnipeg, and Montreal also viewing home prices as “high” or “unreasonably high.”

Will interference from the government help or harm the housing sector? According to the CBC, the New Canada Mortgage and Housing Corporation (CMHC) has already implemented a new rule in Ottawa which will prospective buyers of homes worth $500,000 or more to provide a down payment of at least 10 percent – the idea is to decrease the demand for $500,000-plus homes and thus to stabilize the market.

The consequences of this rule could be interesting. The poll also revealed that, regardless of the new rule, three-quarters of Canadians have no plans to buy any real estate this year. But if housing prices drop, a newfound interest in homebuying could arise in time and turn the industry around.