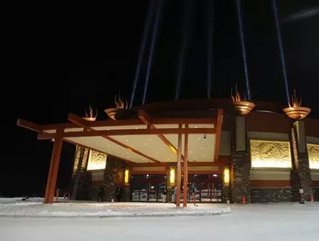 The Saskatchewan Indian Gaming Authority (SIGA) announced yesterday its annual fiscal revenues for 2011/2012 which totaled $267.2 million reching a profit of $81.6 million. These figures show successful growth for the SIGA, up 27 per cent in earnings from the previous year.

Mild weather and favourable market conditions directly resulted in such a strong revenue year says the SIGA. Saskatchewans increased visits to casinos and a strong provincial economy led to such a successful time in Indian gaming as well. Other attributes that contributed to the year was the SIGA’s focus on improving efficiency in operations and facilities as well as its significant capital re-investments led to an increase in consumer spending in the gaming industry.

“The improvements to our facilities and our focus on a number of operational enhancements have improved the entertainment experience for our customers and will provide long-term sustainable returns for our beneficiaries” said Zane Hansen, SIGA President and CEO.  “I am pleased to say this resulted in net earnings of $81.6M for 2011-2012, making this the fifth straight year of net earnings above $60M.  I want to thank our customers for their continued patronage and thank our employees who do us proud by offering traditional First Nations hospitality which is second to none.”

“Throughout the year, SIGA and its casinos support hundreds of organizations and events.  By embracing and implementing the teachings of our Elders, we foster our philanthropic commitment by giving back to our communities. This important guiding principle is inherent in who we are as a First Nations organization. Through "Sharing Success" initiatives, and the staff’s commitment to volunteerism - SIGA will continue to build and enrich communities in Saskatchewan and as a result, everyone will benefit,” said Chief Edward Henderson, SIGA Acting Board Chair. “As one of the largest First Nations organizations in the country, with over 1900 people SIGA provides employment for over 1300 First Nations people. Since opening its doors 16 years ago, SIGA has generated over $600 million dollars in revenue for our beneficiaries.”