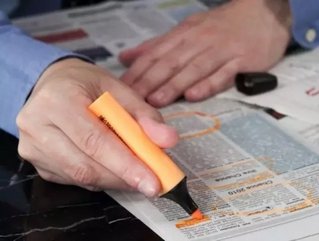 Statistics Canada reported that their recent report on the job market in July was a bit off—by 39,800.

The statistical agency reported that the Canadian economy gained a mere 200 jobs last month, surprising economists who projected the number would be closer to 20,000.

But the original figure was considerably different from those published in the revised July jobs report, which showed a net gain of 42,000 jobs.

The company blamed the numbers on an overhaul of its Labor Force Survey, which occurs every ten years.  One of the programs used wasn’t updated in the redesign, resulting in the number of full-time job losses being overstated.

The revised report states that there were actually only 18,000 full-time jobs lost last month, a far cry from the 60,000 that were originally reported.  The company said that the error was a result of failing to count some people as part of the labor force.

The error did not affect Canada’s unemployment rate, which remained at seven percent in July, down a tenth of a point from June.

Economists were gentle with Statistics Canada in light of the flub.

“It’s obviously an embarrassment to have an error of this scale in such an important series, but better to have admitted the mistake and fixed it and put processes in place to make sure it doesn't happen again than to try to have buried it under a rug somewhere,” said CIBC chief economist Avery Shenfeld.

Unfortunately, the botched report did have consequences for people making new employment insurance claims.  Ottawa placed a hold on all new claims until the company fixed the mistake, as the monthly jobs report is used to determine regional unemployment rates, which directly impacts an unemployed person’s ability to qualify for EI benefits.

Regardless of circumstance, Statistics Canada stands by the quality of its data.

“I am fully confident in the integrity of the Labour Force Survey program,” chief statistician Wayne Smith said in a statement.

“This was an isolated incident. Statistics Canada does and will continue to publish high-quality and relevant statistical information on all aspects of the Canadian economy and society.”