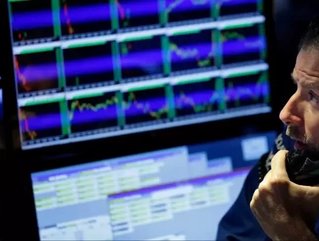 Prices for gold crashed and burned over the weekend, dropping to its lowest level in five years. The precious metal dropped four percent to $1,080 an ounce -- the lowest since February 2010 – before rebounding to $1,100.

Contributing factors to the extreme price drop include a strong U.S. dollar, an upcoming interest hike by the Federal Reserve and China’s declining demand for gold. In addition, investors generally buy gold during times of uncertainty.

• Related content: Will the Launch of the Apple Watch Edition Help Gold Miners in 2015?

“Most important dynamics that have contributed to the drop in gold prices are a stronger U.S. dollar, improving investor sentiment in financial markets, and expectations that the U.S. Federal Reserve will start hiking interest rates this year,” said Georgette Boele, coordinator of foreign exchange and precious metals strategy at ABN Amro.

Many analysts believe the recent slump in gold prices could be a premonition of things to come. "There are no clear signs (or reason) to buy it. It is an inert metal that is a store of value yet inflation is heading nowhere and investment in the US dollar and bonds is clearly more appealing," Evan Lucas, a market strategist at trading firm IG, told BBC.

Another component to the price drop is China. The country, which is the world’s biggest consumer of gold, said Friday that its gold reserves were up 57 percent at the end of June compared with the last time it revealed reserve figures. Gold now accounts for 1.65 percent of China’s total foreign exchange reserved.

“If people would have seen higher gold demand from China, it would have helped prices,” said Ryan Case, head of institutional sales at Bullion Capital, a physical bullion exchange based in Australia.

Mining companies took the biggest beating due to gold’s weakness, triggering a brutal sell-off among the world’s top producers. Other metal prices also declined Monday as Silver was down 0.4 percent an ounce and platinum was down 0.9 percent.

According to Mining Global, miners could be faced with cutting back on production or investment plans if the price of gold falls below $1,100 for an extended period of time.