Stocks to watch this quarter 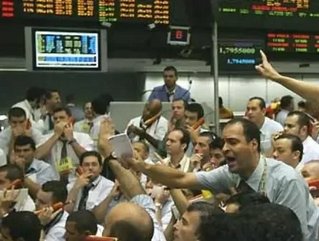 The LinkedIn IPO is just a couple days old and market analysts have offered a helpful guide to the stocks to watch. It seems that Barnes & Noble and Gap are the ones to watch. Thanks to The Street for these stock market tips.

Bookseller Barnes & Noble (BKS) surged 31.6 percent to $18.57 in premarket trading Friday after saying it received an acquisition proposal from Liberty Media that values its shares at $17 each in cash.

Shares of retail store chain Gap (GPS) were falling 18 percent to $19.10 after the company slashed its earnings outlook for 20100 due to higher product costs.

Drug company Acorda Therapeutics (ACOR) was soaring 17.9% to $31.50 after the company announced that the European Medicine Agency has recommended approval of the marketing of the Fampyra treatment for multiple sclerosis patients who are having trouble walking.

Drug company Human Genome Sciences (HGSI) was adding 10.1% to $30.80 after it and GlaxoSmithKline (GSK) said that the European Medicines Agency's Committee for Medicinal Products has issued a positive opinion for Benlysta as an add-on therapy in adult patients with active auto antibody-positive systemic lupus erythematosus. GlaxoSmithKline shares were falling 0.9% to $43.22.

Professional networking site LinkedIn (LNKD) was rising 1.6% to $95.80 in pre-market trading Friday after a strong debut the day before. The problem is the company's impressive debut is an impossible act to follow, and there could be a hangover for the broad market to deal with after the stock closed up more than 100%.

Private-brand food products distributor Ralcorp (RAH) wants to sell its Post cereals unit for about $2 billion to fend off a hostile bid from ConAgra Foods (CAG), according to reports.