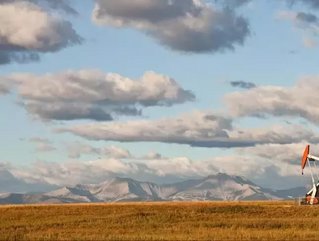 Suncor Energy posted its Q3 2018 financial report on 31 October, with figures signalling a positive outlook
“Strong operational performance was foundational to our success in the third quarter, resulting in over $3 billion in funds from operations,” said Steve Williams, president and CEO at Suncor, in the firm’s statement.
The firm’s net earnings hit US$1.8bn, with $1.557bn from operating earnings. Global News remarked that Suncor’s net earnings for Q3 marked an increase of 80% on the same period in 2017, during which the firm earned $867mn net.
These earnings included the net gain of $60mn accrued through the sale of Suncor’s stake in the Joslyn Oil Sands mining project.
In its statement, Suncor noted that its oil sands operations reached a new quarterly production record of 476,100 barrels per day (bpd), which it said was down to operational reliability and record in situ production.
Its total upstream production reached 743,800 barrels of oil equivalent per day, up from 739,900 in Q3 2017.
See more:
Suncor also reduced its debt by $1.2bn through Q3.
“Our downstream integration and favourable market access position continue to significantly mitigate the impact of wider crude differentials at Oil Sands,” Williams said.
“This helped generate significant discretionary free funds flow, which we returned to investors through close to $900 million in share repurchases while also reducing our debt by $1.2 billion.”
He added:
“Our Oil Sands operations and refining assets returned to strong production rates following the completion of planned major maintenance in the spring, performing at greater than 95% utilization in the third quarter.”
Profitdebt reductionSuncor Energy Steve Williams
Share
Share