Swiss Re estimates $3.425bn in claims from hurricanes Harvey, Irma and Maria 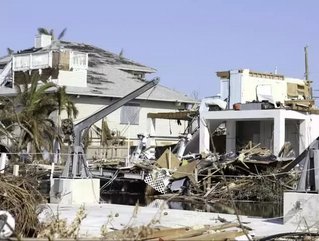 The world’s second largest insurer, Swiss Reinsurance, has revealed that it has paid out an estimated $3.6bn from the combined claims of US hurricanes Harvey, Irma and Maria, as well from the damages caused by two Mexican earthquakes.

"The most recent natural catastrophes have been extremely powerful and we extend our sympathies to all those affected by these events,” said Swiss Re's Group Chief Executive Officer, Christian Mumenthaler.

“Through our long-standing and close client relationships, combined with our experience in complex claims handling after large natural catastrophes, we can support our clients when they need us most. It is during these times that we demonstrate our differentiated value proposition and show the value of insurance and reinsurance to society."

Claims for the two earthquakes are predicted at $175mn, meaning the total claims made as a result of damages caused by the three hurricanes is approximately $3.425bn.

Swiss Re also predicts total insured market losses to be $95bn as a result of the five natural disasters.