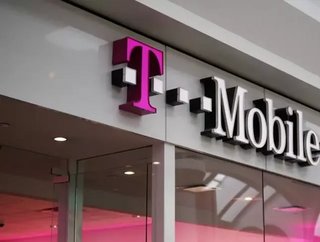 Following months of negotiations, leading US telecommunication company T-Mobile has announced that it has agreed to acquire Sprint in a deal worth $26bn.

The merger will see the unification of the third and fourth largest telecommunications companies in the US, creating a new industry giant that would be capable of challenging AT&T and Verizon.

The combined company that will continue to be known as T-Mobile will serve approximately 126.2mn wireless customers, combining T-Mobile’s 72.6mn with Sprint’s 53.6mn, according to data from Strategy Analytics, based on the Q4 2017 carrier reports.

This significantly reduces the gap between the second and third largest telecommunications companies in the US, compared to AT&T’s 141.6mn wireless subscribers and Verizon’s 150.5mn.

T-Mobile expects that the deal will lead to significant cost synergies, providing the firm with the necessary platform to disrupt the global telecommunications market. One key area of focus that this will include will be 5G, with T-Mobile boss John Legere revealing in a Tweet that the firm will spend $40bn to build an operating commercial 5G network within the next three years.

“As industry lines blur and we enter the 5G era, consumers and businesses need a company with the disruptive culture and capabilities to force positive change on their behalf,” Legere said.

The investments into 5G will also allow the US to better compete globally in the emerging 5G market, with China also investing heavily, sparking a technology-driven race between the countries.

“The New T-Mobile will have the network capacity to rapidly create a nationwide 5G network with the breadth and depth needed to enable US firms and entrepreneurs to continue to lead the world in the coming 5G era, as US companies did in 4G,” T-Mobile continued.

A report from CCS Insight has forecast that China will have over 100mn 5G connections by 2021, whilst the US will likely be the first to launch such networks, with some of the earliest commercial 5G services expected to come later this year and further into 2019.