Takeover offer from Canadian fertilizer producer Potash Corp. rejected - What does this mean for the industry? 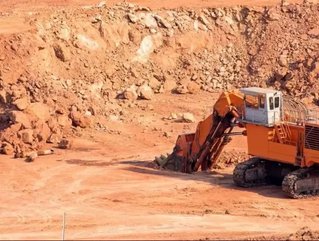 Originally reported by Agweb.com, it seems that the German potash supplier K S AG has been offered 7.8 billion-euro ($8.7 billion) to take over the Canadian fertilizer producer Potash Corp of Saskatchewan  Inc. However,  K S AG rejected the deal, believing that the bid was too low.

What’s next for the industry and will this botched deal create trouble?

Supposedly, it’s not in the best interest for K S AG to be a part of this deal. Specifically, the company said that the very low offer doesn’t positively reflect the rising value of the Legacy potash project that’s currently taking place in Canada.

While the low-ball offer was just 41 euros per share, Chief Executive Officer Norbert Steiner believes that 50 euros a share would be a more appropriate and much fairer rate.

The Legacy project in Canada is still scheduled to start production by the end of next year. It’s estimated that the project will reach 2 million metric tons of capacity from 2017 onwards.

Regarding the issue, Steiner has said the following: “Negotiations with the Canadian company have been on friendly terms; repeated requests for detailed information about Potash Corp’s plans for the company as well as job security for employees has received general answers. However, if a new offer is made, the supervisory and management boards would have to examine it in the same manner as they scrutinized the first.”

So far, the industry seems to be fine—no bad blood has been created yet, as both companies seem to be trekking onward with goals and objectives. However, time will tell if the industry will later be hurt.

For the latest news regarding the mining industry, visit our sister site Mining Global. Also, don't miss Energy Digital, our other sister site.