Taking a Joyride: Canadian Vehicle Sales Up, Up, and Away 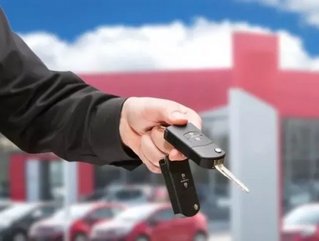 During the month of February, Canadians faced a slew of obstacles, such as bad weather and the fallen dollar. However, these issues couldn’t and didn’t stop residents from treating themselves to a new vehicle in an attempt to get over the winter blues. In fact, Canadian vehicle sales were up an astonishing 3.4 percent from last February, according to Dennis DesRosiers, an auto analyst.

Sit Back, Relax, and Enjoy the Ride

During the month of February last year, auto sales were quite low, meaning that beating the small number was not much of a feat. DesRosiers tallied that 109,248 vehicles were sold across Canada—still an impressive figure despite the weak sales of last year. Specifically, Fiat Chrysler sales were up 1 percent, while GM sales increased by 6.4 percent, or a total of 13,806 throughout the month.

Unfortunately, Ford’s Canadian sales were down by 7.4 percent, allowing Toyota to become the leader of the pact with a sales increase of 18.8 percent from this same time last year. In terms of numbers, Toyota sold a combination of 13,002 cars and trucks. The Camry model and Sienna minivan can be attributed for this spike in sales. However, overall, trucks were the new vehicle of choice amongst Canadians, increasing by 5.1 percent and accounting for 63.3 percent of the Canadian population.

RELATED TOPIC: Suzuki to Discontinue Auto Sales in Canada by End of 2014

The Vehicle of Choice

What’s the most popular automobile in the Canadian market? The Fiat Chrysler ranks as number one, with 18,711 vehicles being sold during the month of February. Jeep and Ram pickup trucks also saw an increase in sales, with the trend expected to continue as new products are being launched in Canada.

Not every car model in Canada had a successful February. Though sales for Volkswagen, Mini Cooper and Nissan increased, there was a decline in sales for Mazda, Mitsubishi and Volvo.