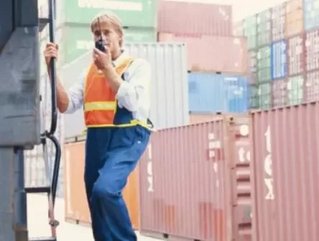 TD Economics reported today on the sustainability of the Canadian export industry. Issues such as a strong Canadian dollar are predicted to affect export business detrimentally.

The strong Canadian dollar combined with rising unit labour costs are eroding export competitiveness on the international market. Although companies in the exports and manufacturing industries have been holding firm recently, TD still speculates the need for concern for Canadian businesses.

In the 1990s and 2000s, Canadian exporters had an enormous competitive advantage. This is because of previous Canadian dollar value, one which reached 62 cents at its lowest in 2002. This large advantage allowed firms to disregard important company improvements including business innovation which led to disappointing business investments and declined productivity growth.

As the Canadian dollar progressed to higher values, these issues have come to light. “The shift in the loonie’s fortunes reflected several forces: a commodity boom that benefitted the value and the volume of Canadian exports, a better performance of the Canadian economy in many respects than its major industrial nation peers, and relatively better federal fiscal balances when viewed through an international lens,” stated the TD Economics report.

Evidence suggests that rising Canadian currency has seriously impacted Canadian businesses' bottom lines. According to a Statistics Canada survey, approximately 4,000 exporters closed down between 2004 and 2007, with an indication that smaller exporters were the most adversely affected. Although Canada is still high on the international exportation scale, its share of world exports is declining.

Additionally, strong currency can be problematic for a variety of industries. As the Canadian dollar swings upward in value, the goods and services sector is now not only continuing to compete amongst Canadian business, but also foreign import competition has increased because of their new association as a cheaper alternative.

TD has concluded that for business to stay competitive, solutions include either revamping business practices to become a leaner and more productive company, or outsourcing productions (a solution that doubled between 2000 and 2008). Obviously, the better answer for Canada overall is for companies to become more efficient, potentially by employing more highly skilled labour.

Finally, TD cautioned Canadian businesses to prepare for the export industry to continue to deteriorate.

“In order to regain competitiveness on an international scale, firms need to revamp businesses models to become more efficient. This will involve implementing new technology and innovations, increasing spending on research and development, and specialized skills training programs for the workforce. While this might seem like a lot of work, the good news is that there will be lots of opportunity to do so, and closing up shop is not the best solution to a lofty loonie,” concluded TD Economics report.