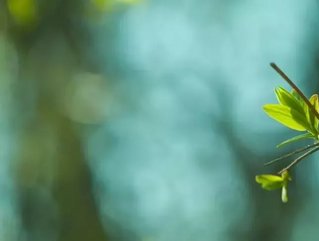 IT business Oracle has placed sustainability as a top priority, due to the challenges inherent in maintaining an ethical supply chain – the company even published a white paper exploring these challenges. Oracle has a waste diversion rate of 76 percent; its huge Utah-based data center runs at energy levels which are 70 percent more efficient than the industry average; and between 2000 and 2011, electricity usage at Oracle HQ dropped 28 percent, with natural gas use decreasing by 25.4 percent.

As one of the biggest beverage companies in the world, Coca-Cola has put a great deal of effort towards being greener, guided by its own sustainability report. This goes hand-in-hand with efforts to end child slavery in supply chains, assisting entrepreneurs with funding, empowering communities, and enabling scholarships. Coca-Cola’s hometown of Atlanta has a long history of sustainability, and the business is proud to continue that tradition.

According to MetLife’s most recent Global Impact Report, MetLife made green investments last year of $9.7 billion, which included stakes in 37 wind and solar farms, 48 LEED-certified builds, and $3 million splashed out on other renewable energy project. The insurance company was the first in its sector to commit to carbon neutrality, and is fighting to reduce its energy usage and greenhouse gas emissions by 10 percent before 2020.

Rockwell has worked hard to comply with all relevant regulations regarding the restriction of hazardous materials, as well as striving to meet with the highest possible standards of ethics and sustainability. It aims, as outlined in its most recent Corporate Responsibility Report, to go above and beyond industry compliance. It is a member of several sustainability organizations, has been honored on the Dow Jones sustainability North American Index five times, and boasts a perfect score on the Human Rights Campaign’s 2016 Corporate Responsibility Index.

As the global leader in water, hygiene, and energy services, Ecolab considers that it has a great deal of corporate responsibility when it comes to sustainability. It has helped other businesses across various industries manage their own greenness, and last year helped customers conserve 142 billion gallons of water, eradicate 26.4 million pounds of waste, and reduce greenhouse gas production by 10.5 trillion BTUs of energy. Ecolab wants to take its water reduction to 300 billion gallons a year by 2030, also planning to reduce GHG by 10 percent across all manufacturing plants as a standard continuous improvement strategy. Its sustainable services and solutions are customized to the client.

Biotechnology company Biogen has invested in sustainable innovations for many years, ensuring that it maintains best practice in energy and carbon reduction as per its sustainability policy. Biogen achieved carbon neutrality in 2014, and thanks to its unremitting improvement initiative, it continues to improve its environmental impact across supply chain and operations. Last year, 61 percent of its waste was diverted, with the rest going to waste-to-energy. It plans to increase the diversion rate even further.

This tech company prioritizes compliance with all relevant rules and regulatory bodies, focusing its R&D efforts on improving its green status based on a range of environmental policies. NVIDIA has done its part against climate change since 2007, maintaining a long-running GHG reduction plan. Its goals are to achieve LEED Gold standards for future HQ buildings, a landfill diversion rate of at least 80 percent, and a blended average Power Usage Effectiveness value of 1.55 for all data centers by the end of this year.

As well as boasting a zero-waste-to-landfill status, Hershey has some ambitious environmental goals in place to maintain its green position in the future. This includes reducing greenhouse gases by 50 percent by 2025 (it has reduced this by 23 percent already since 2009), ensuring that its use of palm oil is deforestation-free, and the extensive utilization of electric vehicles in its fleet. Responsible sourcing is paramount for the food company, from farming, to paper, to sugar, and beyond.

Nike has caused a stir in the media recently due to its impressive dedication to being green. While the footwear company has spent many years improving its environmental impact, its latest venture is to redesign its supply chain, according to the minimum requirements of its corporate code of conduct. Nike will only be using suppliers which also comply with its new manufacturing business model, and is innovating the roles of both technology and the worker. The company has also introduced a commitment to transparency, ensuring accountability across the supply chain and driving continuous improvement.

Standing head and shoulders above the rest, the toy company has taken full corporate responsibility of its substantial impact on the environment. It focusses its efforts on two areas in particular: minimizing the impact of its logistical footprint, and reducing the environmental impact of products, including packaging. Hasbro has strict KPIs in place to adhere to, and it has been openly reporting its own environmental influence since 2001. It is an industry leader in the reduction of greenhouse gas emissions, and is continually slashing the numbers – as well as those of waste and water use – year-on-year.